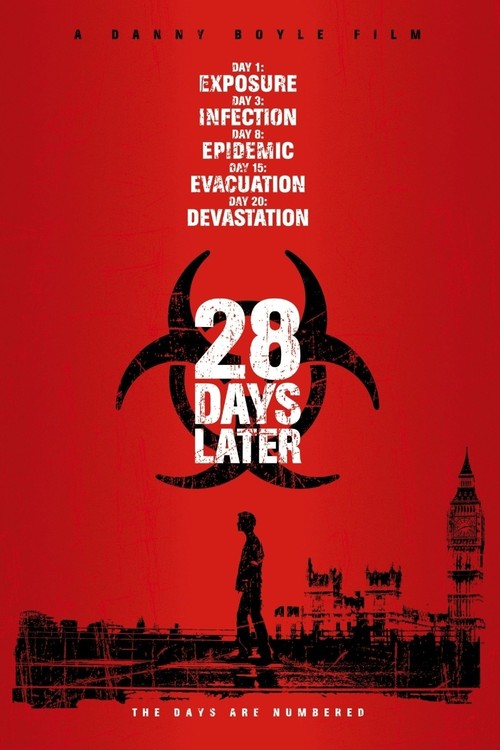 Bicycle messenger Jim (Murphy) wakes up from an accident in a London hospital and confronts a living nightmare: a monkey-borne virus has spread all over the country which turns human beings into flesh-eating zombies. With the city virtually deserted, he meets up with a handful of people who have escaped infection thus far, including Selena (Harris), Mark (Huntley), and Frank (Gleeson). The group's only chance for survival lies in eluding these rampaging beasts, finding other survivors, and somehow getting to safety. But is there anywhere that's truly safe anymore?

Though the premise sounds frighteningly close to George Romero's zombie movies, this entry comes off fresh and fierce, thanks to director Boyle's tight, gritty direction, an English setting, and two solid Irish actors, the boyish Murphy and the always appealing and reliable Gleeson. Recommended only for hard-core horror fans, this graphic, nerve-jangling film is sure to keep any softies up at night.