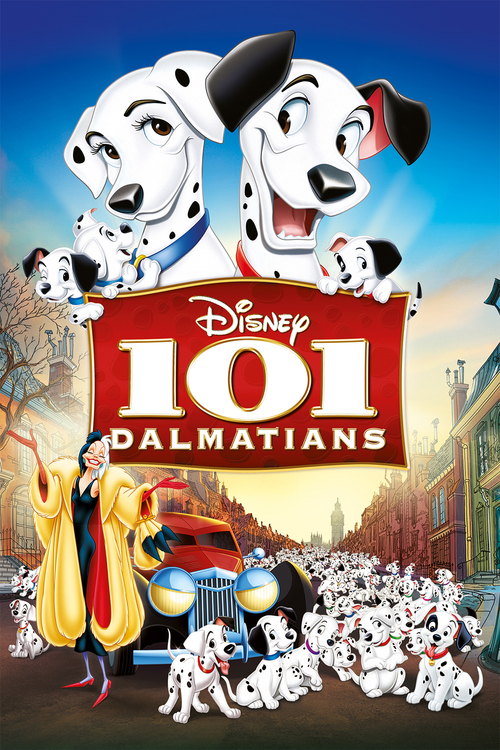 Wealthy termagant Cruella De Vil (Gerson) badly wants a new litter of 15 Dalmatian pups born to Perdita (Bauer) and proud dog papa, Pongo (Taylor), but is refused by the canine lovers’ human owners, Roger (Ben Wright) and his wife, Anita. After De Vil hires some thugs to steal the pooches, Pongo marshals a network of animal friends to scour the streets of London for the missing mutts.

One of Disney's finest achievements of the sixties, and still a favorite of mine, “101 Dalmatians” is both a cheeky story of doggie romance and a thrilling detective tale with a villainous twist. (Guess what Cruella wants all those puppy pelts for? A fur!) Inked by 300 artists, and voiced by a wonderful cast of actors under the guidance of Disney maestros Geronimi (“Sleeping Beauty”) and Luske (“Snow White and the Seven Dwarfs”), this peerless kids’ pic still delights. Woof!