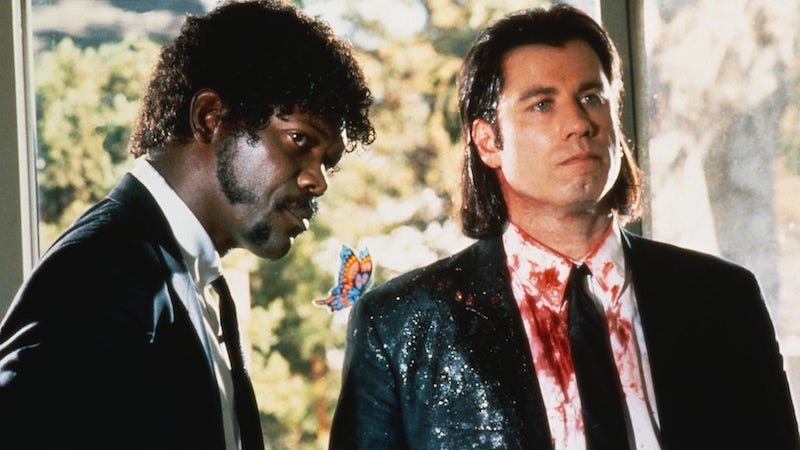 I  will always remember the exhilaration I felt on first watching Quentin Tarantino’s “Pulp Fiction” about a quarter century ago. I sensed pretty quickly that I was witnessing an extraordinary piece of filmmaking, deliriously entertaining but also completely fresh and unique.

What made “Pulp” so exciting and distinctive? For a start, even though the movie was comprised of familiar plotlines, the film’s structure was highly unconventional. Sequences seemed vaguely related to each other yet were presented out of order. Still, each scene somehow managed to stand on its own, so there was no confusion.

In addition, the film was unspeakably violent and laugh-out loud funny all at once, and those opposing characteristics merged seamlessly. You went from shock to laughter and back again, seemingly in a nanosecond. 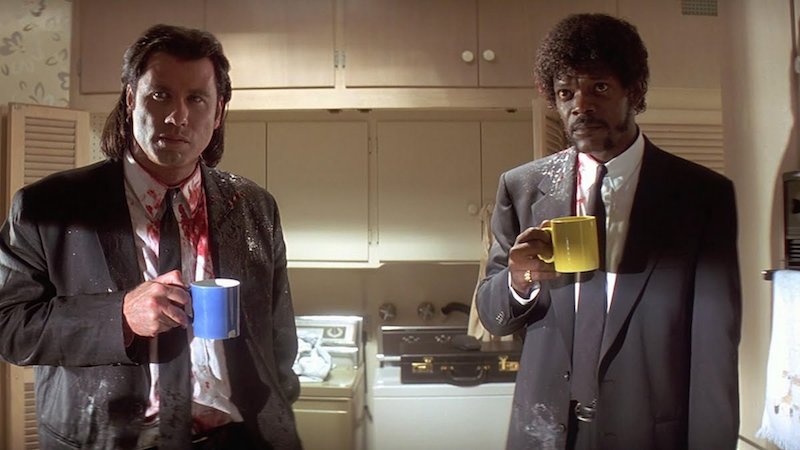 Most intriguing was the fact that the film didn’t seem to be based on real life but on other movies. How many pictures have been made about a boxer who throws a fight? Or about a gangster who falls for the boss’s wife? Plenty.

“Pulp” was peppered throughout with obscure pop culture references (like Dick Dale surf music in a movie where we never see the ocean), and profane, razor-sharp dialogue that would have made Elmore Leonard blush (the “f-bomb” is hurled well over two hundred times). Even as it paid loving tribute to old, mostly forgotten “B” movies,  “Pulp” felt ultra-hip and of the moment.

As a film fanatic and detective novel fan, I recognized a kindred soul in this director I’d barely heard of. When I later discovered that Tarantino has previously managed a video store, I was hardly surprised. 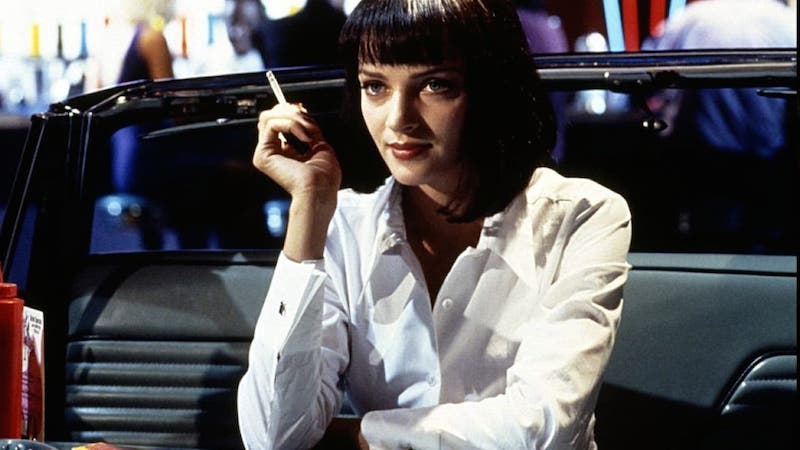 Getting “Pulp Fiction” produced was an eventful journey. On completing his first directorial effort, 1992’s “Reservoir Dogs”, Tarantino had the idea of interweaving three separate crime stories into one film. An old Mario Bava horror film called “Black Sabbath” inspired him, but this time, he wanted to merge the stories into a kind of free-form mosaic.

As he described it: “I got the idea of doing something that novelists get a chance to do but filmmakers don’t: telling three separate stories, having characters float in and out with different weights depending on the story…I’m using old forms of storytelling and then purposely having them run awry.” 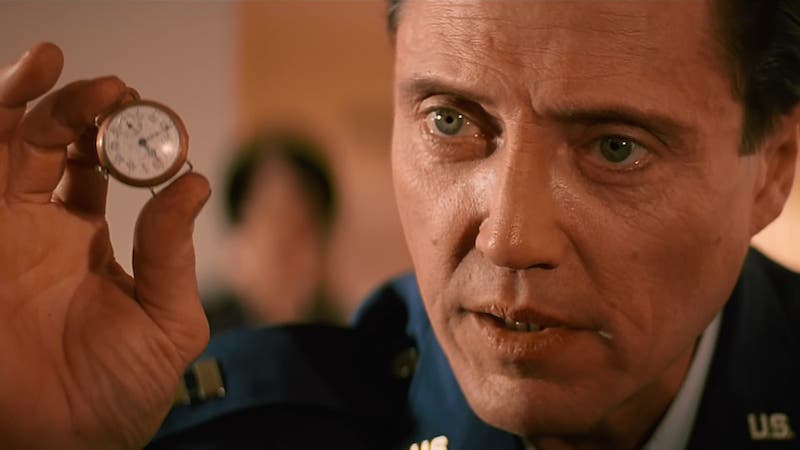 He started working on the script with writing partner Roger Avary, who focused mostly on the storyline about Butch (Bruce Willis), the boxer who throws a fight. (Reportedly, Avary also conceived the brilliant Christopher Walken “gold watch” scene featuring Butch as a young boy).

Tarantino and Avary finished a draft by the end of the year. Largely thanks to the initial success of “Reservoir Dogs,” the film quickly secured initial financing. Columbia Tri-Star was the first studio to show some interest, but ultimately rejected it as “too demented” and “unfilmable.”

Next stop: Miramax, the indie studio that had just been bought by Disney. Production chief Harvey Weinstein loved what he read and quickly picked up the film. “Pulp Fiction” would become the first feature completely financed by Miramax.

Again taking a page from the directors of Old Hollywood, Tarantino liked the idea of a stock company, and so a few of the actors from “Reservoir” would make repeat appearances in “Pulp,” including Tim Roth, Harvey Keitel and Steve Buscemi.

His original choice for Vincent Vega was another “Reservoir” cast member, Michael Madsen, but he was already committed to appear in Lawrence Kasdan’s “Wyatt Earp.” Though Daniel Day-Lewis had expressed interest early on, Tarantino picked John Travolta instead, the actor who had become an immediate pop icon fifteen years earlier playing Tony Manero in “Saturday Night Fever.”

Reinforcing the idea that “Pulp” is all about other movies, it’s no coincidence that the director made sure that Travolta’s Vince Vega got to dance in the memorable “Jack Rabbit Slim’s” sequence, itself chock-a-block full of other vintage movie and music references. 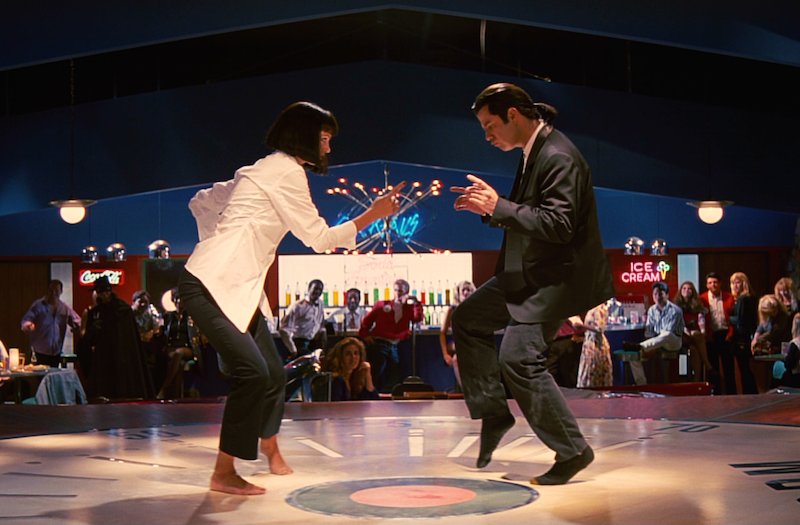 Tarantino’s unerring casting instincts held with the casting of Mia Wallace. Initially more established names like Holly Hunter and Meg Ryan were floated, but after a single meeting the director was set on Uma Thurman, a 23-year-old actress poised for stardom who’d appeared in “Dangerous Liaisons” (1988) and “Henry and June” (1990). Her sly, sexy portrayal of Mia is one of the film’s greatest assets.

Hard as it is to believe, Samuel L. Jackson almost didn’t get the part of Jules. He’d treated his audition as an initial reading, and another actor, Paul Calderon, had come in after him and aced his try-out. Tarantino persuaded Jackson to come back and do it again, and this time around, it was abundantly clear who should play Jules.

Bruce Willis was an inspired choice for Butch, but getting him on-board was tricky. Willis was still an “A-lister,” accustomed to bigger productions and pay-days. But his last few films had been box-office disappointments. 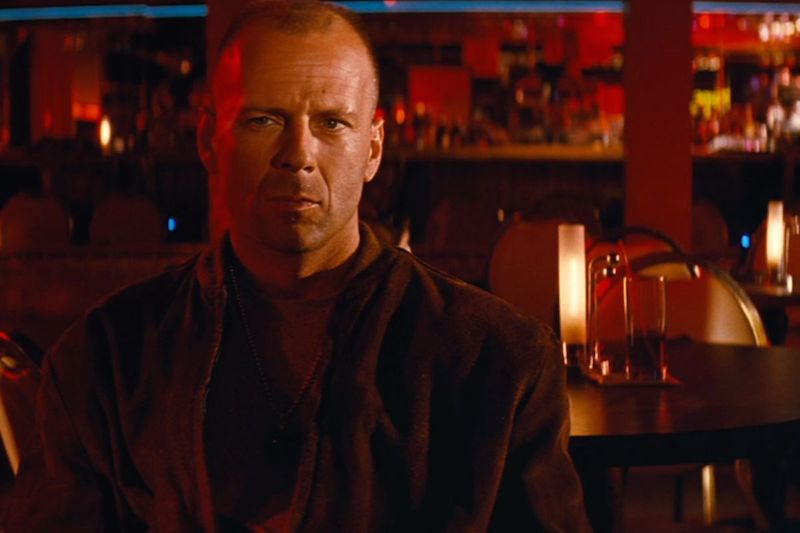 While he’d have preferred to play Vincent, he still knew that Tarantino’s project was special, so he reduced his fee dramatically to be part of it. However, he also negotiated a cut of the profits, and ultimately enjoyed a healthy pay-day for a role which did not involve a lot of screen time.

Weinstein and company sensed they were sitting on a gold mine once they saw the overwhelmingly positive reactions at festivals; “Pulp” even won the Palme d’Or, the prestigious top prize at Cannes. They then made the bold decision of giving the film wide distribution from the get-go, an almost unprecedented move for an independent release.

Opening on over a thousand screens in mid-October, 1994, “Pulp” did better in its first weekend than a lot of mainstream releases playing in considerably more theaters. It would go on to earn over $200 million worldwide on a budget of under $20 million, including promotion.

Beyond awards, “Pulp” proved that an independent film could be both high quality and highly profitable. It gave A-list players permission to move between wide release, crowd-pleasing movies and smaller, smarter, quirkier films.

And in an industry tied to milking established formulas, it demonstrated that original voices and approaches in movies can pay off in a big way. It’s a lesson that Hollywood has to keep learning every few years. 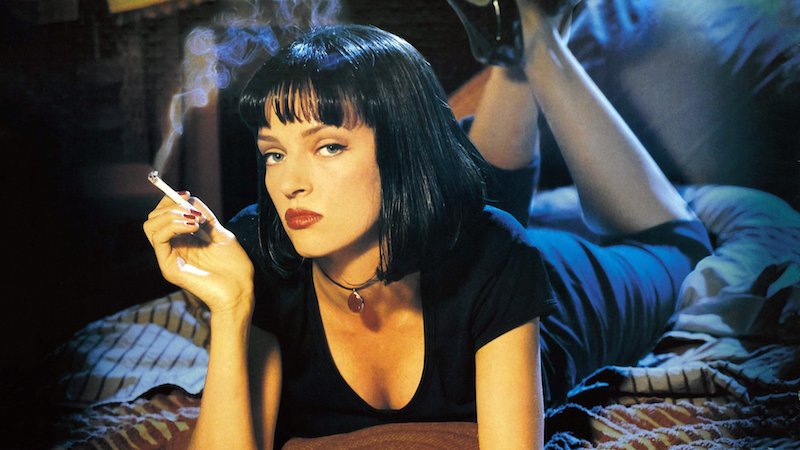 It’s hard to imagine that “Pulp Fiction” will ever lose its punch or feel dated. We’ll want to come back to it often, like that old friend who’s unafraid to be outrageous because he’s quick and clever enough to pull it off.

And of course, I’d hate it if I ever forgot what they call a Quarter Pounder with Cheese in Paris. Happily, I don’t think I will.

Why Frances McDormand Is the