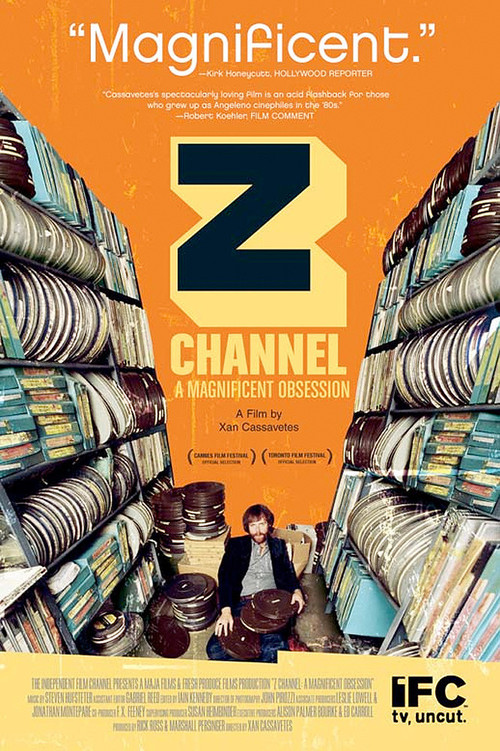 This absorbing documentary tells the inspiring and ultimately tragic story of Jerry Harvey, the brains behind the late, lamented “Z Channel,” adored by Los Angeles residents for its eclectic, commercial-free movie programming. With his encyclopedic knowledge of film, Harvey not only championed little-known directors and foreign-language oddities, he earned the respect and admiration of everyone in the industry. But underneath his forbidding intelligence lurked a brooding depressive whose life would be tarnished by an explosive act of violence and murder.

Cassavetes’s evocative, unsettling portrait sheds as much light on the maverick early days of cable programming as it does on the passionate, deeply troubled Harvey, a man fondly recalled by directors like Robert Altman and Michael Cimino for airing their least-known and riskiest movies. Others, like Quentin Tarantino, Alexander Payne, and Jim Jarmusch, simply enthuse about how eye-opening it was to see exotic fare by Peckinpah and Verhoeven at a time when video rentals were scarce. But Harvey, who murdered his wife before taking his own life, is the dark star at the center of all the reminiscing. If you love film, tune in to “Z Channel.”