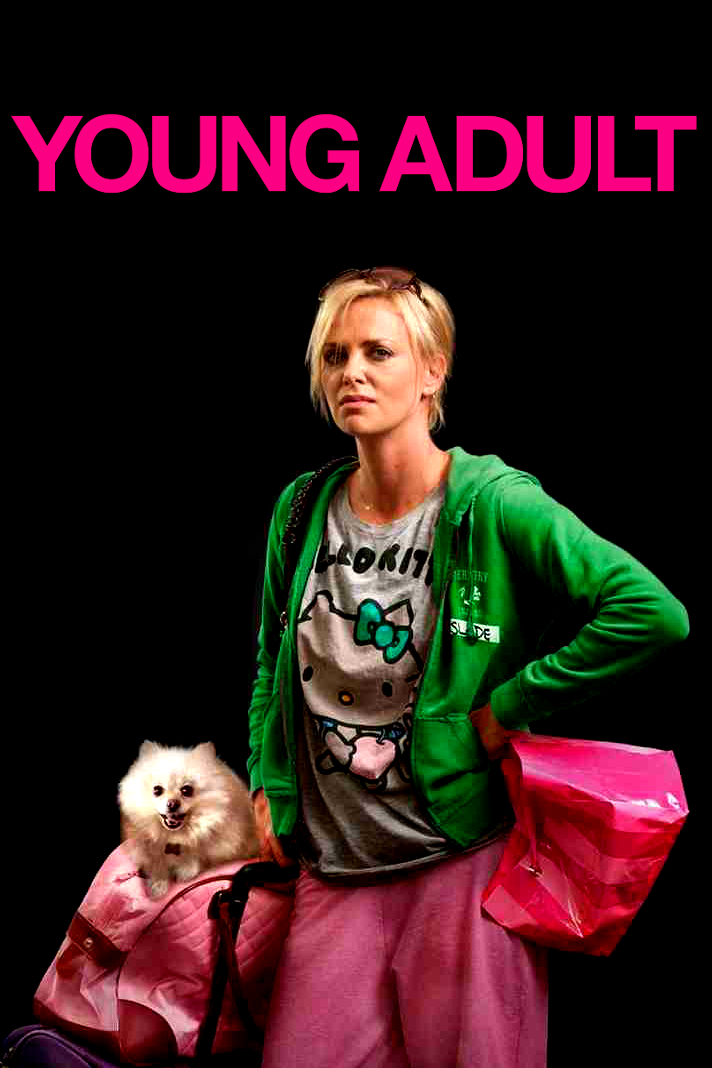 Former prom queen and high school mean girl Mavis Gary (Theron) lives an empty existence as a ghostwriter of young adult fiction. No longer young — and barely adult — she numbs herself with alcohol and meaningless sex. When she gets a birth announcement from Buddy (Wilson), her teenage sweetheart, she ventures back to her hometown to try to rekindle their romance — despite his happy marriage to Beth (Reaser). While home, she bumps into nerdy classmate Matt (Oswalt), whom at first she doesn't remember. They become unlikely drinking buddies as Mavis continues her ill-fated campaign to win back Buddy.

The striking — and strikingly talented — Theron gives a tour-de-force performance as Mavis, once the prettiest and most popular girl in class, who can't quite figure out what went wrong after high school. (Of course, with her spoiled, prickly demeanor, we figure it out pretty quickly.) Comedian Oswalt is also terrific playing the humanist at the heart of this twisted tale. Director Reitman, the voice of 21st century malaise, works again here with screenwriter Diablo Cody (they collaborated on "Juno"); Cody brings mordant humor to the squirm-inducing script. Don't miss this rarity in contemporary Hollywood: an edgy, refreshingly original black comedy.