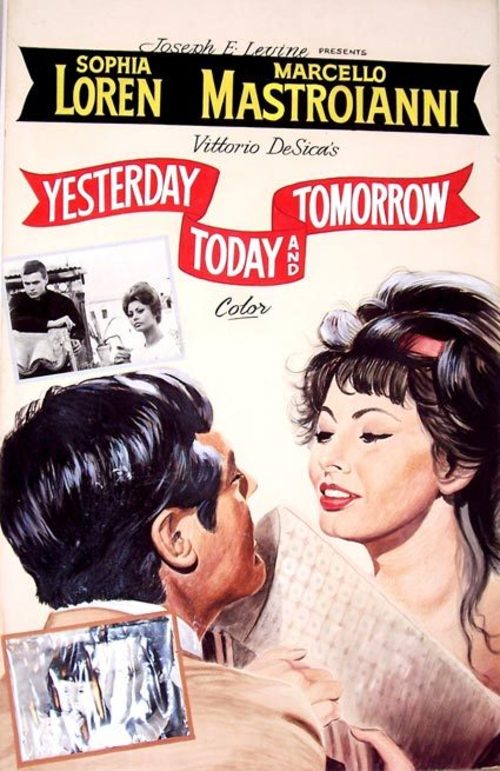 In the first of this giddy sex romp's three vignettes, Loren plays Adelina, a poor Neapolitan woman who avoids going to jail for unpaid debts by continuing to have babies with her beleaguered husband, Carmine (Mastroianni). Loren and Mastroianni pair up again in "Anna," as squabbling upper-class lovers, and in "Mara," as, respectively, a high-class hooker and her randy regular client, who's distraught when his favorite bedmate takes a one-week vow of chastity.

De Sica is best known for the neorealist classic "The Bicycle Thief," but this hilarious, Oscar-winning sex farce shows the Italian director melding his keen observation of human behavior with broad humor, drawing on the prodigious talents of Italy's top two actors. Loren is sultry, brash, high-strung, and bawdy, especially in the justifiably famous strip-tease scene that figures so prominently in "Mara." The impeccably suave Mastroianni is a hoot, too, clearly enjoying his triple role as naughty playboy, high-profile john, and in "Adelina" sexually fatigued father of umpteen children and counting! Few comedies today have as much style or sass as De Sica's "Yesterday."