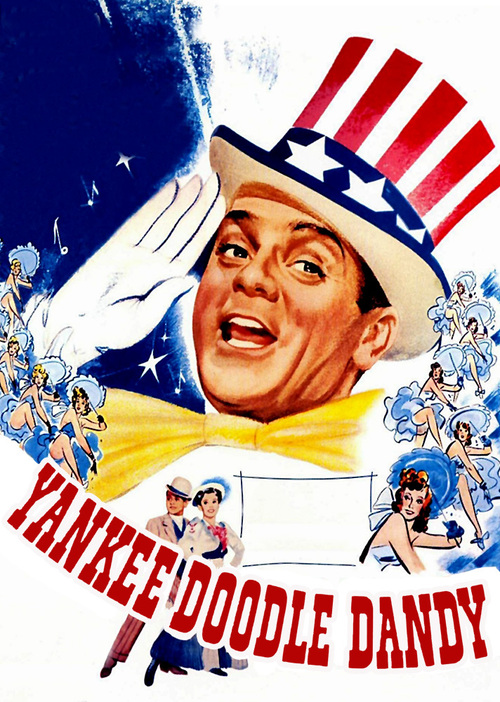 A meeting with F.D.R. on the eve of our country's entry into World War II prompts an aging George M. Cohan (Cagney), America's most revered showman, to look back on his colorful life: from the lean early days touring the country with his parents and sister in vaudeville (Huston, de Camp, and Jeanne Cagney — Jimmy's real-life sibling), to later heady, happy times as our country's most prominent songwriter/performer, who stirred love of country through the first several decades of the 20th century.

Director Michael Curtiz's idealized homage to Cohan's life and legacy was perfectly timed to raise our spirits as we entered World War II. This exuberant slice of Americana is Cagney's show entirely, netting him his only Oscar (after all those gangster roles!). The actor actually began his career as a song-and-dance man, and here he gets to prove it, in a series of rousing, nostalgic numbers that keep the rich Cohan legacy alive. Walter Huston stands out in a sterling supporting cast playing George's loving Dad. Good enough to watch any old time, but a must for Independence Day. Go ahead — wave that flag!