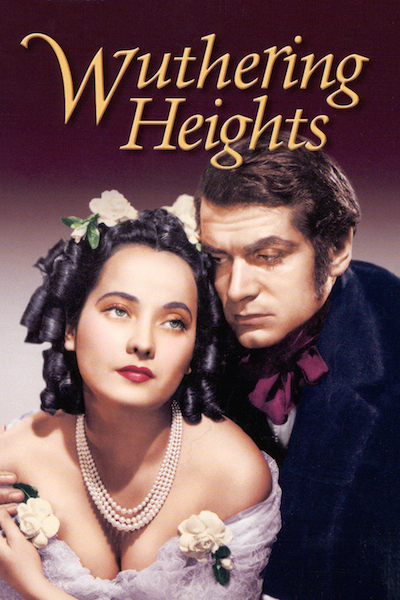 On the remote Yorkshire moors, the Earnshaws welcome an orphan boy into their home. Named Heathcliff, he grows close to daughter Cathy, but incites the resentment of her brother Hindley. As adults, Cathy (Oberon) and Heathcliff (Olivier) fall in love, but Cathy is also drawn to the wealth of her doting neighbor Edgar (Niven). Disgusted with Cathy’s betrayal, Heathcliff leaves for America, and Cathy marries Edgar. When Heathcliff makes his fortune and returns to Wuthering Heights, Cathy must face her true love, a man who will stop at nothing to hurt her. Will they make peace, before it’s too late?

Despite reported on-set tensions between the two leads, and a demanding director in Wyler, this adaptation of Emily Bronte’s 1847 novel remains notable for the haunting chemistry between Oberon and Olivier. The British actor especially smolders as the tortured Heathcliff, and the role won him his first Oscar nomination.  This brooding, classic romance garnered 7 more nods, winning for the deep-focus and candle-lit cinematography of Gregg Toland. A tacked-on happy ending courtesy of producer Samuel Goldwyn may not quite pass muster with Bronte purists, but regardless, Wyler’s style and skill shine through. Visit the original “Wuthering Heights”!