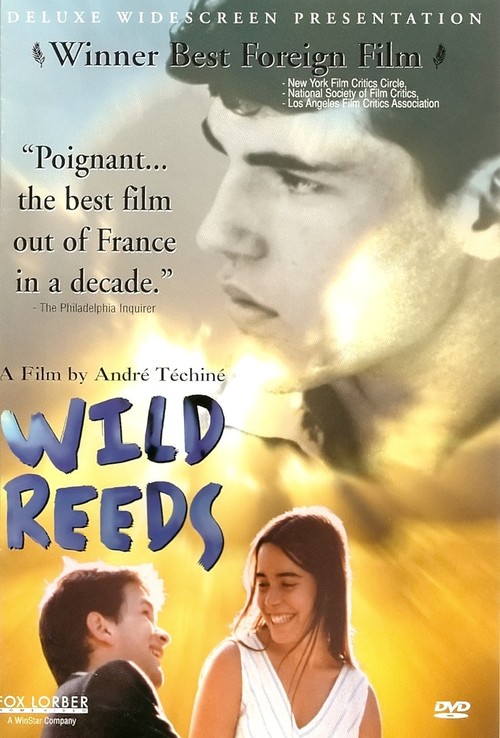 Four high school teenagers experiment with sex and love in the French provinces in 1962 as their country wages a brutal, divisive war in Algeria. The lovely Maite (Bouchez) and Francois (Morel) are best friends, but nothing more; Francois, in fact, senses he might be gay. When his boarding school classmate Serge (Rideau) seduces him, Francois falls madly in love, even though Serge clearly prefers girls. Meanwhile, a new classmate named Henri (Gorny) has recently arrived from Algeria, and his politics offend the left-leaning Maite. Nevertheless, she finds herself increasingly attracted to him.

Director Techine's acutely observed coming of age drama is a sensual treat, with sun-drenched images that linger in your brain long after the film ends. The performances are rich and heartfelt, with Bouchez bursting off the screen in one of her earliest roles. It's no wonder she won a César for this, and Techine himself took home prizes for best film and director. His screenplay was also singled out for its sensitive exploration of teenagers making their way through bewildering first loves. Deftly balancing themes both personal and political, the timeless "Reeds" is an under-appreciated triumph that deserves a much wider audience.