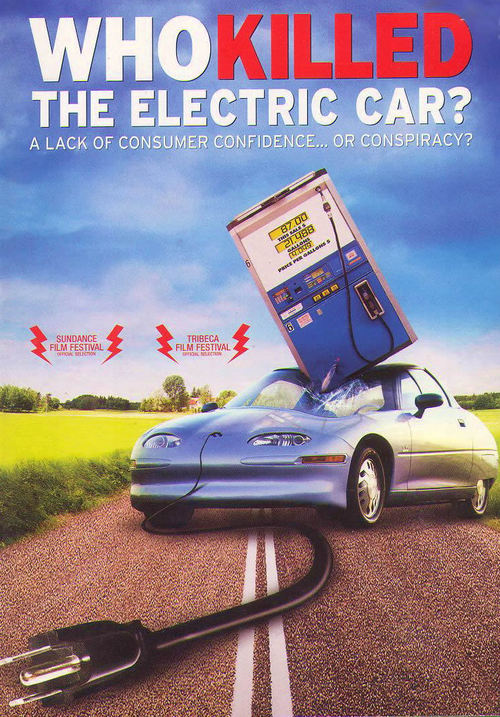 Who Killed the Electric Car?

Hoping to tamp down the putrid smog choking their cities, the California Air Resources Board voted in 1990 to disallow auto companies from selling in their counties unless they put a small percentage of non-gasoline-fueled cars on the road. The industry, led by GM, responded by introducing a zippy, fuel-free electric car beloved by those who owned it. So why did GM, in collusion with policy makers and auto manufacturers, covertly sabotage the initiative?

Narrated by Martin Sheen, this docu-indictment of industry and government examines how those in the billion-dollar petrol game conspired to keep the ultra-green, high-performance EV-1 off American roads — forever — in order to protect profits. Interviews with activists, auto reps, and CARB chairman Alan C. Lloyd leave no question about who killed the program and why, but it still rankles to follow Paine as he puts all the myriad pieces together. If you want to know what the zero-emission environmental future could look like, and why hybrid cars and hydrogen prototypes are a blind alley, check out "Who Killed the Electric Car?"

Who's Afraid of Virginia Woolf?