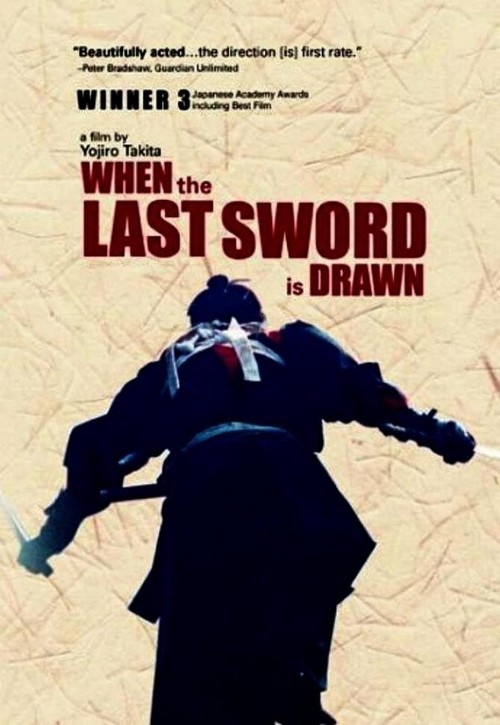 When the Last Sword Is Drawn

After spotting an old photograph of Yoshimura (Nakai), a bedraggled but highly skilled samurai whose loyalty was split between the shogunate and the emperor, elderly Saito (Sato) reminisces about the swordsman with his grandson Ono (Murata). Saitor recalls a disgraceful act 30 years earlier, yet Ono, who has his own memories of Yoshimura, has a more complicated perspective on the inner conflicts that engulfed his best friend's father.

As he did in "Twilight Samurai," Yojiro Takita deals here with the chaotic final days of feudal Japan, when the emperor's authority was undermined by various unruly shogunates. Expertly played by Kiichi Nakai, the protagonist of Takita's "Last Sword" is a divided soul; he appears to be a pure mercenary, motivated only by personal gain, but in reality, as we learn through a series of flashbacks, his actions are more principled than Saito assumes. Thus "Last Sword" frames a turbulent period with a poignant story of family fidelity.