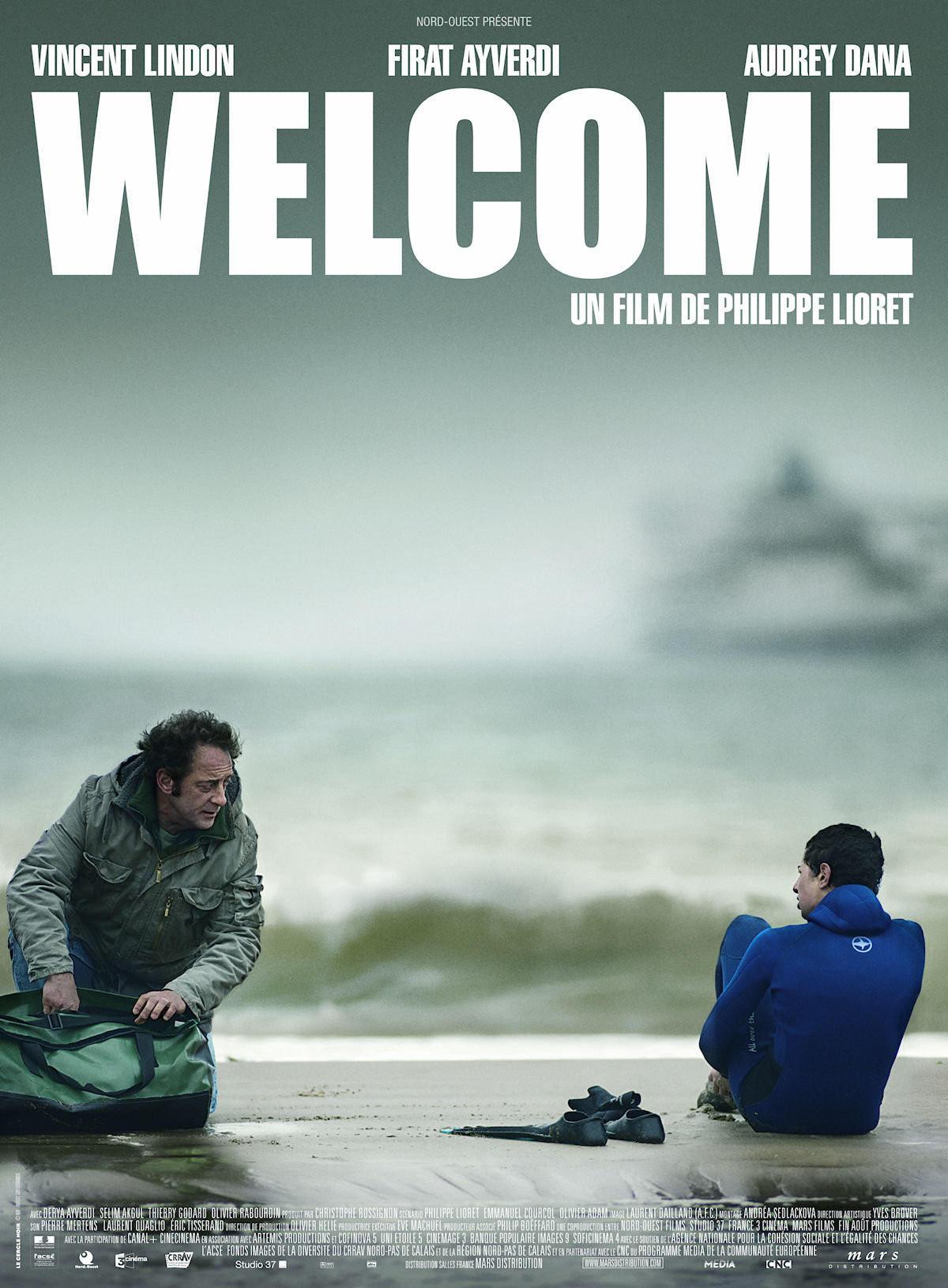 17 year-old Kurd Bilal (Ayverdi) has traveled halfway across the world to reach his girlfriend in England when he's stopped by French authorities in Calais, literally in sight of his destination. Undeterred, the lad decides to take matters into his own hands and swim the English Channel. He begins training at a nearby pool where he meets the dejected Simon (Lindon), an instructor on the verge of divorce from his wife Marion (Dana). Simon unexpectedly chooses to break the law and help Bilal, and their odd pairing just might give them both the strength they need to overcome the obstacles they face.

"Welcome" may cast a critical eye on the cold facelessness of current EU immigration policies, but thankfully it's equally concerned with celebrating the resolve of the human spirit. The film's first third is a convincing, rough-and-ready docudrama that follows Bilal on his dangerous journey. When the boy is stopped in Calais, the film morphs smoothly into a more intimate inspirational tale. The gruff, hangdog Lindon is a gifted screen performer, and his interactions with first-timer Ayverdi take on a touchingly paternal vibe-one that makes this film's poignant ending that much harder to forget.