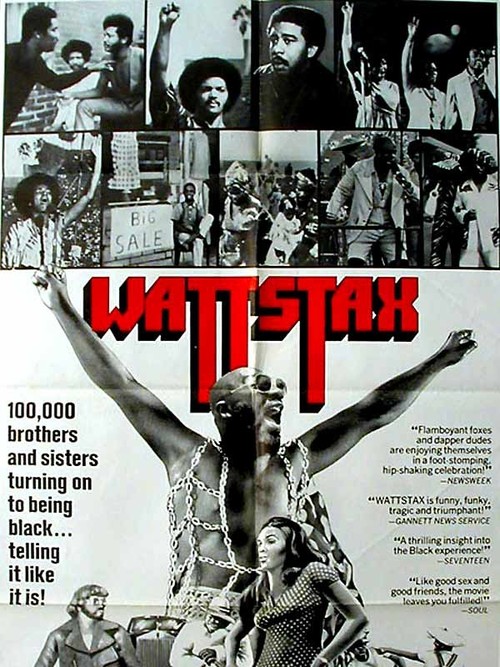 Seven years after L.A.'s incendiary Watts riots, Stax Records organized this concert at the L.A. coliseum to celebrate black pride, and director Mel Stuart was there to record it for posterity. Rousing musical numbers from the likes of The Staple Singers, Albert King, Isaac Hayes, and others are complemented by the savage humor of Richard Pryor, the potent oratory of Reverend Jesse Jackson, and some good old regular man/woman in the street interviews.

A flavorful, inspiring evocation of the 1970s black experience and the richness of their musical life and heritage. A skillfully balanced mix of music and commentary, this film consistently fascinates as a social document, while getting our feet stomping with some of the decade's leading R&B acts. The comic riffs of young, jazzed Pryor makes this worthwhile even before the first chord is struck. In the parlance of the day: dig it.