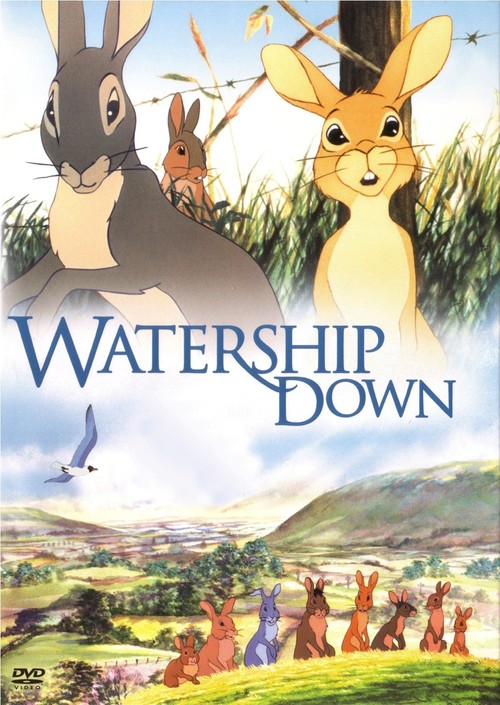 Unhappy in their crowded warren, a group of disillusioned rabbits, including Hazel (Hurt) and Fiver (Briers), wanders the English countryside in search of a new home. They must resort to their wits, however, when they encounter dangerous predators and a network of rabbit communities ruled by authoritarian means.

Expertly voiced by veteran actors like Hurt, Briers, Ralph Richardson, Zero Mostel, and Denholm Elliott, Rosen's "Watership Down" brings the bestselling Richard Abrams novel to vivid, tail-thumping life. Despite the gorgeous watercolors and handsome animation and yes, those talking bunnies, this is not a film for young children, as it deals explicitly with death and the theme of oppression. "Watership Down" aims for blunt emotional realism, and that makes it grim at times; but its allegorical power is right up there with Orwell's "Animal Farm."