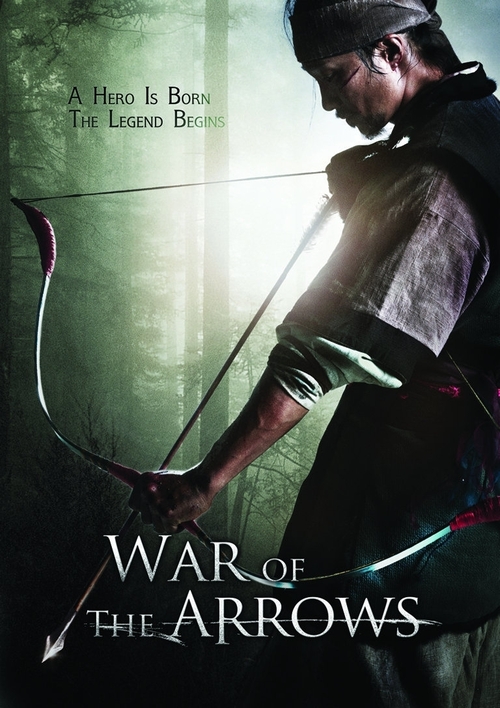 War of the Arrows

During the second Manchu invasion of Korea in 1636, Ja-in (Moon) and her fiancé Seo-goon (Kim) are abducted by warriors of the Qing dynasty, along with most of their village. Ja-in's brother, expert archer Nam-yi (Park), vows revenge and pursues the army as they take their prisoners back to Manchuria. Relying on his hunting prowess and beloved bow, a gift from his late father, he carries out deadly stealth attacks and frees Ja-in. But the Qing army commander Jyuushinta (Ryoo) takes notice of the exceptional warrior, and soon the two men are locked in a deadly battle of wills — and arrows.

Director Kim's action-packed historical epic was the top grossing Korean film of 2011 thanks to its breathless intensity and breathtaking photography. At heart, it's a simple story of pursuit and revenge, but Kim elevates the action to glorious heights; never before has archery seemed so alive and deadly at the same time. Listen to the film's sound design as bows are drawn: you can hear the tension as the wood creaks and the pressure builds. Each heart-pounding scene outdoes the last, and the final showdown is genius in its construction and use of wide-angle cinematography. This is relentless, thrilling filmmaking that shouldn’t be missed.

War of the Worlds