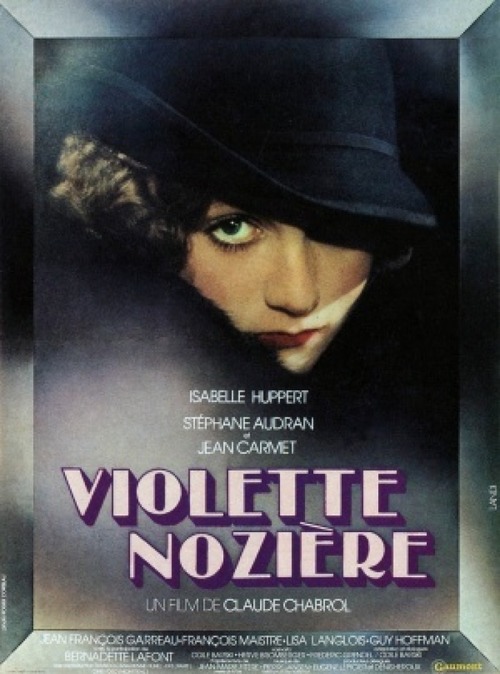 Violette (Huppert) is a stylish, sexually duplicitous teenager in 1930s Paris whose railroad engineer father (Carmet) and petty mother (Audran) are unaware of her fast and loose behavior in the cafés and night spots she frequents without their knowledge. After meeting and falling for a shiftless law student (Garreaud), Violette hatches a plan to murder her parents so she can inherit their modest wealth.

Based on the real-life case of Violette Noziere, a young poisoner whose crimes and wanton sex life scandalized Paris, Chabrol’s masterful suspense drama refrains from overtly judging its subject, played with sultry cunning by Huppert. Instead, the director portrays her with a touch of sympathy. The edgy, sordid role was the first of many such parts for Huppert, who was always up for the challenge. Audran is superb too, playing the shocked petit-bourgeois woman whose testimony ultimately condemns “Violette.”