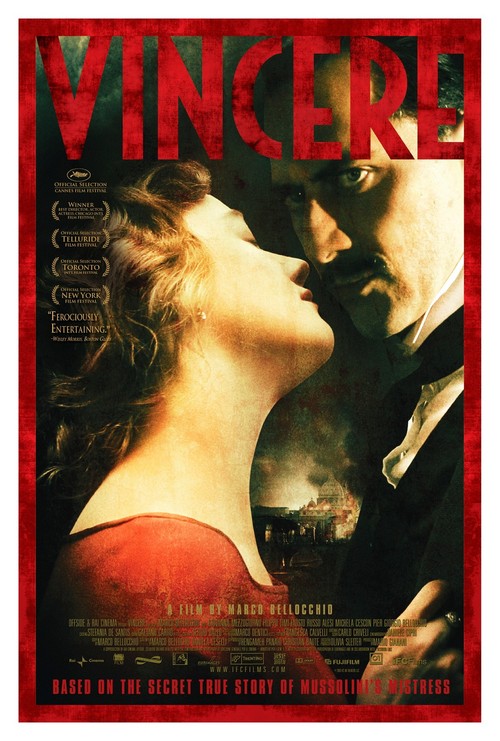 Before Benito Mussolini (Timi) was "Il Duce," he was a charismatic young rabble-rouser agitating for war and daring God to strike him dead. His bravado catches the eye of the beautiful Ida Dalser (Mezzogiorno) who falls madly, devotedly in love, even going so far as to sell all of her possessions so that Mussolini can finance his own newspaper. She eventually bears his child, but her loyalty isn't repaid; as her former lover rises to power, she finds herself institutionalized, slandered and separated from her son.

The fascinating "Vincere" freely jumps through time, combining color and B footage, historical fact and melodrama, punchy graphics and rich orchestral scoring, to create a truly operatic piece of cinema. Director Bellocchio ("Fists in the Pocket") shows that, even late in his career, he has no intention of slowing down. As impressive as the filmmaking is, Timi's commanding, charismatic portrayal of the outsize Mussolini, and equally, Ms. Mezzogiorno's full-blooded portrayal of Ida, may be the best reasons to catch this tumultuous romantic spectacle.