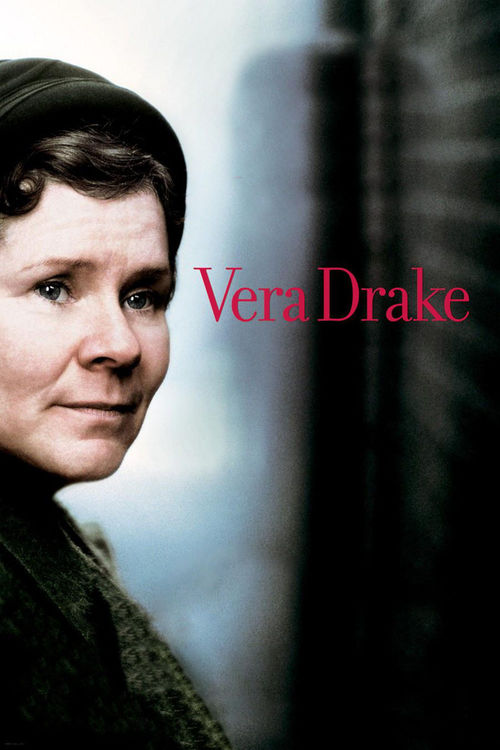 Set in 1950s London, Vera Drake (Staunton) is a maternal, middle-aged housekeeper in a working-class neighborhood who's known to everyone as a nurturer. Extended family, friends, and most anyone in need benefit from her innate generosity and compassion. Less known, even to her husband Stan (Davis), is that Vera also helps poor young women with unwanted pregnancies end them, an illegal practice that she sees as ethical and necessary, but that also places her at great personal risk.

Written and directed by the gifted Mike Leigh, this heart-wrenching drama concerns a woman whose almost saintly sense of charity extends to all around her, but whose naiveté ultimately results in a traumatic reckoning with authority. Though he's dealing with a hot-button issue, Leigh does not moralize or sentimentalize, leaving us to mull the fate of an abortionist who even the police are loath to vilify. In a movie chock-full of outstanding performances, Staunton's Oscar-nominated turn as the kindly Vera is an acting feat of rare heart and authenticity. One of Leigh's most thoughtful and emotionally hard-hitting films.