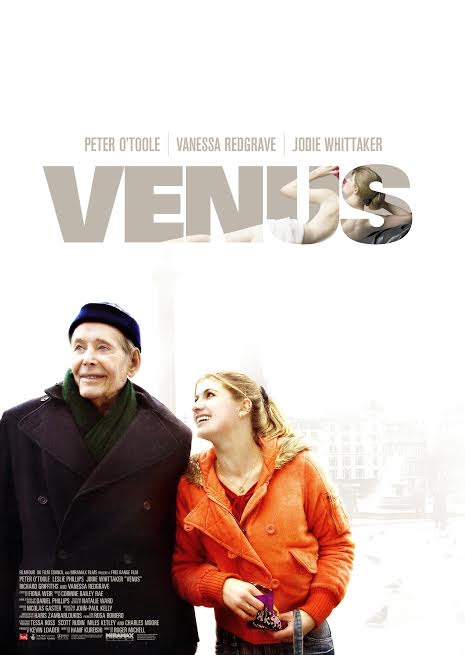 Though his superb looks faded long ago, and his career is in sad decline, elderly London actor Maurice (O'Toole) still has the sex drive of a man half his age (or believes he does). So when Jessie (Whittaker), the spunky great-niece of his curmudgeonly old pal Ian (Phillips) arrives, a titillated Maurice makes it his duty to enlighten this callow Venus about life. But it turns out Maurice has much to learn from his young friend as well.

Playing a somewhat lecherous, once-dashing actor in his twilight years, O'Toole deservedly received an Oscar nod for "Venus," a witty and heartfelt variation on the Pygmalion myth. Hardly known for sober restraint in his own youth, O'Toole brings a knowingly mischievous quality to old Maurice, as he avidly pursues a nymph barely out of high school. Whittaker is more than a match for him though, and their fiery but ultimately affectionate rapport comes to life under Michell's sensitive direction. Vanessa Redgrave lends a hand, too as Maurice's eccentric ex. Despite its valedictory air of regret and resignation, "Venus" is a film that will leave you feeling a zest for life.