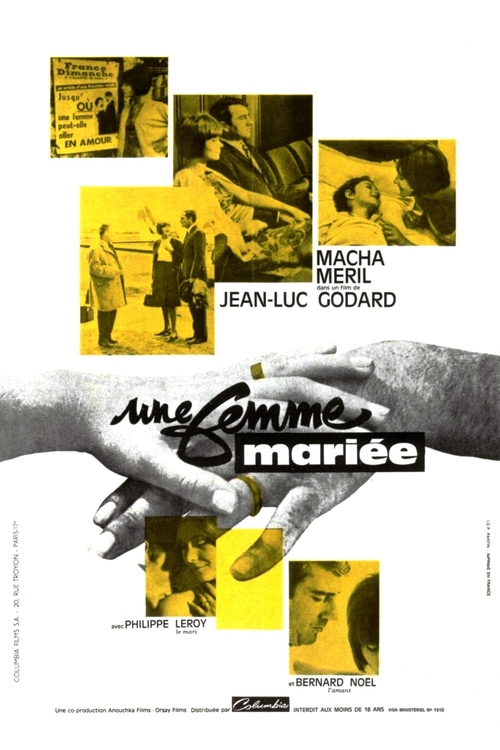 Young Parisian gamine Charlotte (Meril) is married to an older man, airplane engineer Pierre (Leroy), but has found renewed passion in the arms of her actor-lover, Robert (Noel), who begs her to leave the marriage. Charlotte is tempted, and agrees to seek a divorce, but has a harder time deciding what it is she really wants...

Like a series of cut-up Polaroids stitched together into an episodic film, Godard’s visually adventurous frolic is divided into mini-vignettes, chapters, and lovely documentary digressions (the Eiffel Tower, a Paris fashion shoot and boulevard shops), all representative of the mercurial mindset of his winsome, adulterous protagonist. Studded with references to film history and directors (Cocteau, Hitchcock), as well as adoring shots of ingénue Macha Meril as she romps in bed with Robert or goes about her day, “Une Femme Mariee” explores the conflicts of commitment and the vagaries of sexual desire with a mix of wit, intelligence, and joie de vivre that is pure Godard.