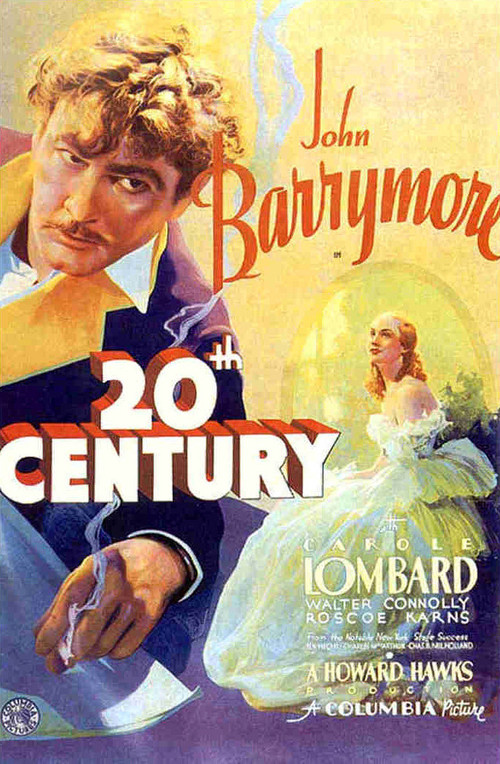 Broadway producer Oscar Jaffe (Barrymore) creates a star in the beautiful Lily Garland (Lombard), then alienates her, causing a decline in his own fortunes. Some time later, he happens upon Lily, now embarked on a glamorous Hollywood career, on the luxurious Twentieth Century Limited train. Taking full advantage of her on-board captivity, Oscar launches a no-holds-barred campaign to woo her back into the Jaffe fold. (Trivia note: Lombard was actually distantly related to director Hawks!)

Howard Hawks’s “Twentieth Century” stands as one of the great early screwball comedies, with an over-the- top Barrymore delivering perhaps his funniest screen performance as the desperate, histrionic Jaffe. As Lily, Lombard manages at once to be leading lady gorgeous and more than slightly nutty herself. The inspired script, which Charles MacArthur and Ben Hecht adapted from their own play, moves just as fast as that train. All aboard, comedy fans!