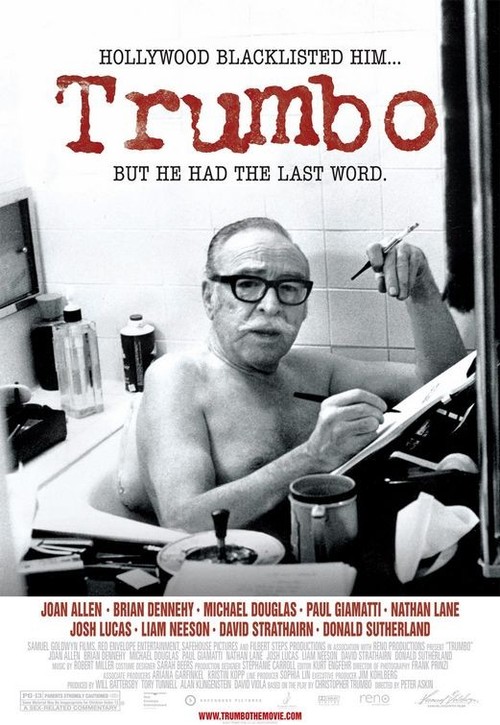 Peter Askin’s documentary re-acquaints us with Dalton Trumbo, perhaps the most talented and certainly most colorful of the “Hollywood Ten,” that gallant group of sacrificial writers and directors who dared defy the poisonous House of Un-American Activities Committee in the late forties, and had their careers in Hollywood cut short as a result. Askin blends actors’ readings of Trumbo’s eloquent, withering ruminations on his predicament, with interview footage of the man himself. The result brings back the horror of that dark, shameful post-war period, and the justifiable outrage one victim felt.

Based on a play by son Christopher Trumbo, this riveting, often touching film portrays the steep and very public price one man paid for his principles. The gifted writer would spend over a decade in a professional wilderness before Kirk Douglas insisted Trumbo be listed in the credits for 1960’s “Spartacus.” Over that period, making ends meet was a constant struggle, and in the actors’ readings, we sense how Trumbo’s gift for the written word was vital therapy in absorbing the immense injustice done him. Still, the best moments come when we watch Trumbo himself in interviews during the sixties and seventies: here is a survivor, with scars fully visible, who lived to see vindication.