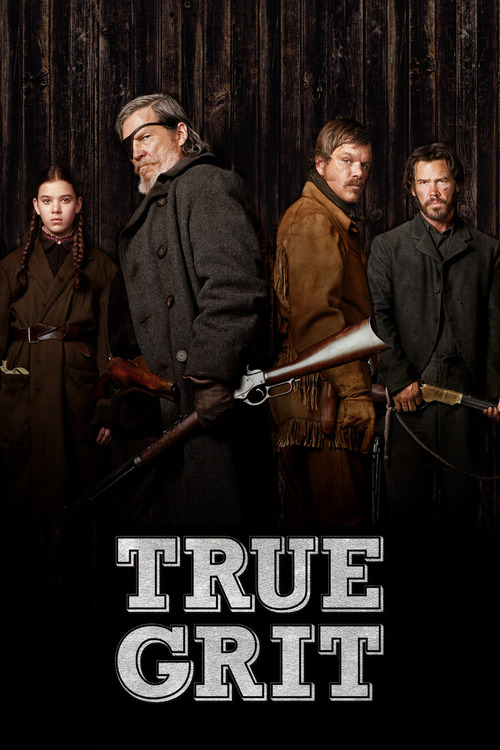 When the father of whip-smart twelve-year-old Mattie Ross (Steinfeld) is killed by drifter Tom Chaney (Brolin), the girl quietly swears revenge. She then retains the services of U.S. Marshal Rooster Cogburn (Bridges), a one-eyed gunslinger with a drinking problem and a troubled past. Much to Rooster’s chagrin, Mattie insists on joining him on the hunt for Chaney through the rough and dangerous Indian nations. Along the way, the pair is joined by Texas Ranger LeBoeuf (Damon), also in search of Chaney. As this unlikely trio closes in on their quarry, they find that capturing him will require all the grit they can muster.

This remake of the film for which John Wayne won his only Oscar steps well outside the Duke’s long shadow — and thrives, thanks both to riveting performances from its ensemble cast and the Coens’ seemingly magic touch behind the camera. Bridges’s crafty Cogburn is a colorful screen creation that scored him his second consecutive Academy Award nod. Still, it’s newcomer Steinfeld, also Oscar-nominated, who’s the real revelation here, putting Kim Darby (her bland predecessor opposite Wayne) to shame. This modern classic, which was up for an astonishing ten Academy Awards, is a “True” must-see.