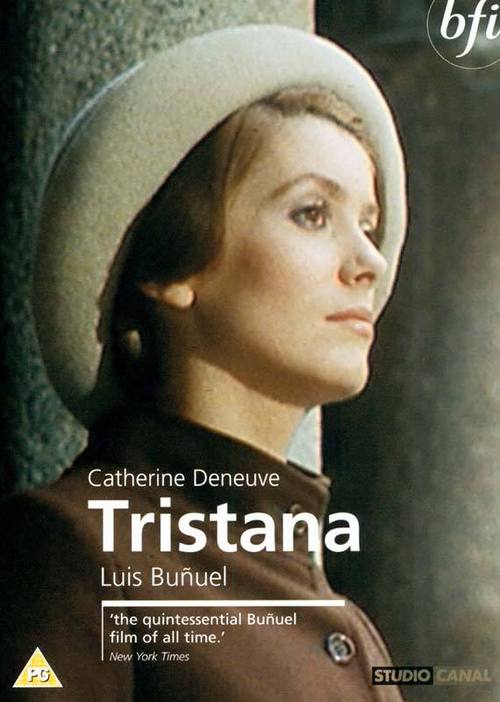 After the death of her mother, the beautiful Tristana (Deneuve) comes to live with her guardian, the elderly Don Lope (Rey). Initially the impoverished aristocrat treats her as a daughter, but eventually seduces her. Yet he refuses to marry her, loftily affirming his non-conformist ideals. Tristana then falls in love with a handsome musician (Nero) and leaves Don Lope. Years later and now an amputee, she returns to him and lives a cloistered life in his grand house. But Don Lope is now old and infirm, so the tables have turned and Tristana wields the power.

Pairing again with Deneuve after 1967’s “Belle de Jour”, Spain’s most provocative director forgoes outright surrealism for a more classical approach to a story about pre-civil war Spain, sexual domination and shifting power struggles. Rey is superb as the hypocritical Lope, who rubs elbows with priests despite his socialistic leanings and frequent moral lapses. Deneuve’s icy beauty serves her character well, as she only hints at the intensity of her character’s suppressed emotions. With his restrained camera, contained, detailed locations and the reined in performances of a talented cast, Buñuel’s favorite subjects of anticlericalism and sadomasochism are strikingly brought to the fore in this Oscar nominated classic.

Triumph of the Will