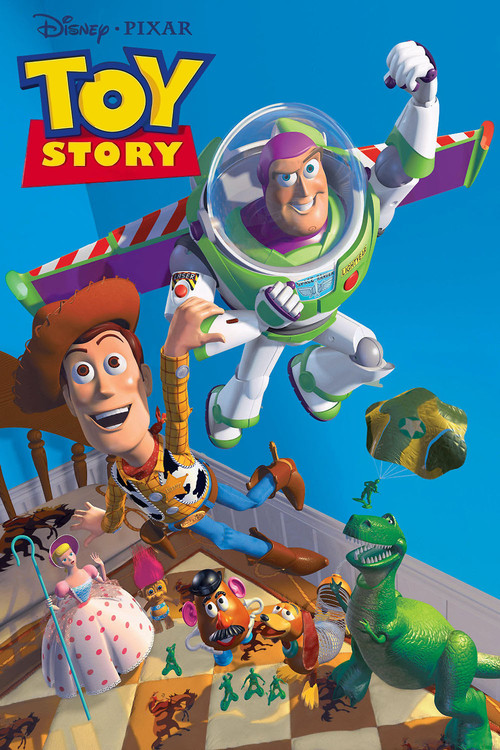 There's trouble in the toy box when birthdays come around, and this year is no exception, as a child's old favorites fret over being left aside. Sure enough, talking-cowboy doll Woody (Hanks) gets bent out of shape with the arrival of arrogant, high-tech spaceman Buzz Lightyear (Allen). But the two mismatched toys eventually team up to combat a common enemy: a sadistic brat who enjoys torturing his playthings.

The first of the Disney-Pixar computer-animated features, John Lasseter's "Toy Story" became an instant classic on its release, owing largely to its clever, humorous storyline and infectiously charismatic characters. Created by Lasseter and a team of animators over four labor-intensive years, "Story" earned a special Academy Award for its trail-blazing technical accomplishments, which are still stunning to behold. Voiced by a talented roster of comedic actors, including Tom Hanks, Tim Allen, Wallace Shawn, Jim Varney, and the inimitable Don Rickles as Mr. Potato Head, "Toy Story" is rambunctious fun for viewers of any age.