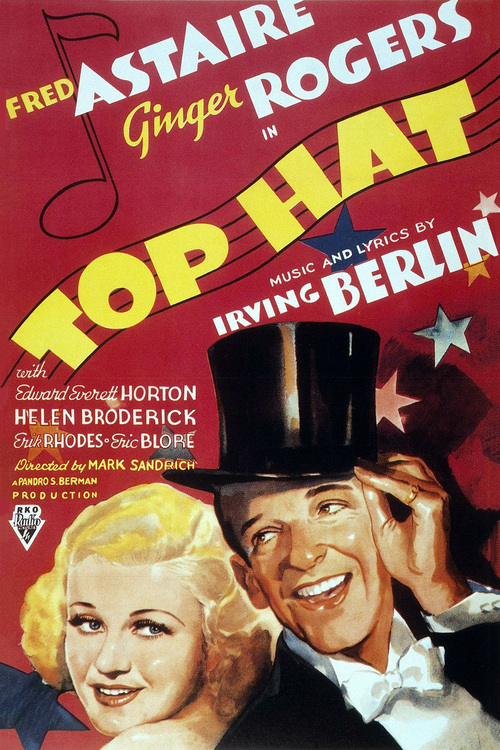 Musical star Jerry Travers (Astaire) is practicing a tap dance number in his hotel suite, awakening Dale Tremont (Rogers), the lovely lady in the room downstairs. When she comes up to complain, it's love at first sight for Jerry. He woos her relentlessly, and seems to be making good progress too (especially when they dance). Then, the budding romance gets threatened when, through a simple misunderstanding, Dale becomes convinced that Jerry is already married!

Forever fabulous, "Top Hat" was the first Astaire-Rogers outing written specifically for them, and is arguably the best of the series (along with "Swing Time"). Though the plot is wafer-thin and more than a bit contrived, the film runs on the divine hilarity of its ensemble players; in particular, Eric Blore as persnickety butler Bates, and Erik Rhodes as Beddini, a rival for Dale's affections. Beyond that ineffable Astaire-Rogers chemistry, the real stars are the buttery Berlin score (highlight: "Cheek to Cheek") and the dancing sequences that define beauty and grace in motion. Heaven, I'm in heaven!