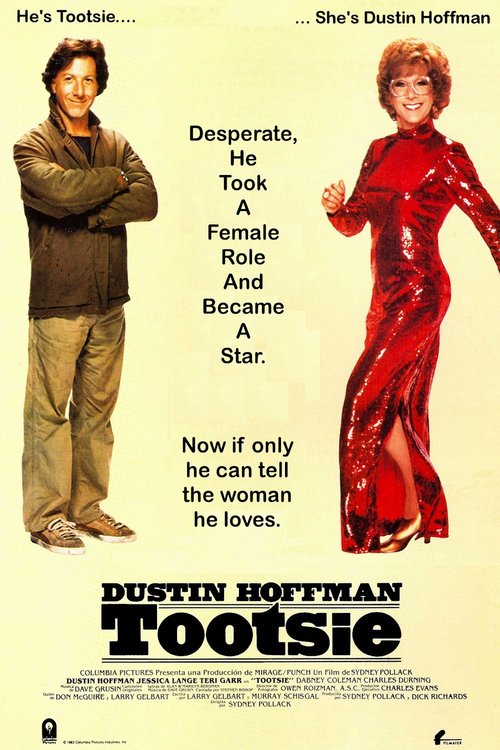 Writer Gelbart's “Tootsie” gives Dustin Hoffman a plum comic role as Michael Dorsey: a difficult, unfulfilled actor who only finds love and success by transforming himself into actress Dorothy Michaels. Problem is, Dorothy falls in love with her leading lady Julie (Lange), while Julie's dad (Durning) goes for Dorothy in a big way. Murray plays Jeff, Michael/Dorothy's deadpan roommate, who attempts to make sense out of an absurd and impossible situation.

Director Pollack and writer Gelbart take a comic idea at least as old as Elizabethan times — switching gender as a disguise and the issues arising from it — and give it an inspired and believable contemporary spin. The film grabs you with its conceit and creates a laugh riot most of the time. Corpulent character actor Durning is note-perfect as Julie's amorous father, while Murray, underplaying brilliantly, almost steals the movie as Jeff, a wry, mellow witness to an honest-to-goodness gender bender. This "Tootsie" won't cry: it sings!