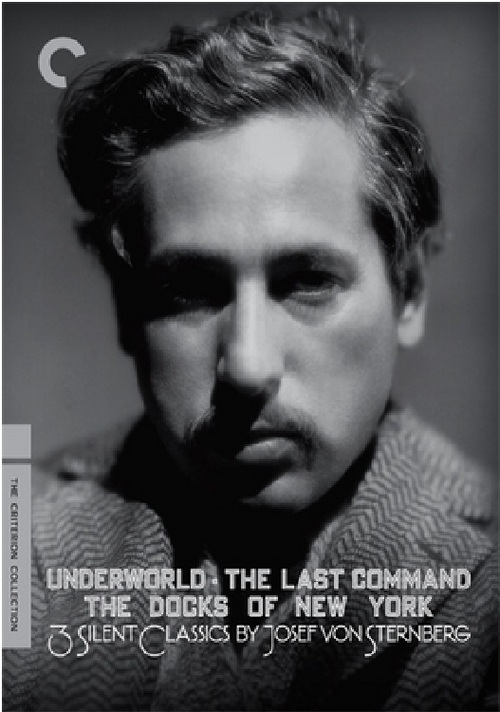 "Underworld" charts the jealousy-driven downfall of flamboyant bank robber Bull Weed (Bancroft) in Prohibition-era Chicago. When his moll Feathers (Brent) takes up with his sidekick, Rolls Royce (Brook), all hell literally breaks loose. In "The Last Command", a Russian general (Jannings) forced into exile by the revolution finds work in Hollywood playing...a Russian general in a studio production about the Russian revolution. The experience sends the poor mans mind reeling back to the days when he commanded an army, and the attentions of a beautiful young revolutionary (Brent). "The Docks of New York" makes Bancroft a romantic lead; in town for only an evening, coal walloper Bill Roberts saves young, beautiful Mae (Compson) from her suicide-by-drowning attempt. He promises the distraught girl a night out on the town and even ends up marrying her, but neither knows what the morning will bring.

To this day, few filmmakers understand how to manipulate light as skillfully as Josef von Sternberg did over eight decades ago. Each frame of film in this set is an immaculate production unto itself, every close-up a miniature masterpiece. Luckily, in Jannings, Brent, Bancroft and Compson he had some amazingly expressive faces to work with. Though "Command" is probably the best-known and most celebrated film in the set, its nearly impossible to choose a favorite among these three- theyre all beautifully restored cinema essentials of different genres, bound together by the astonishing aesthetic control of their creator. As a bonus, each film features a pair of scores to choose from, doubling the ways you can savor these restored treasures. These silents are indeed golden!