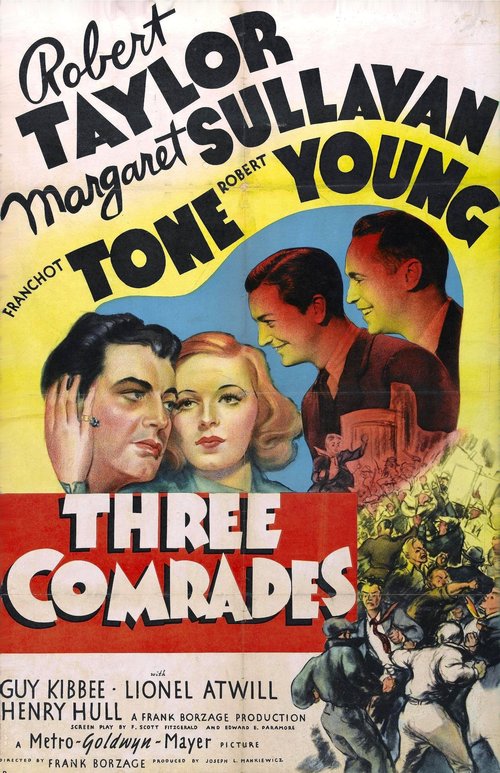 Erich (Taylor), Otto (Tone) and Gottfried (Young) are three German soldiers who've bonded during the waning days of World War I. They return home to their shattered country, open a car repair and taxi service, and try to keep their spirits high. When Erich meets and falls in love with the classy Patricia (Sullavan), and the repair shop business picks up, it seems like things are looking up for the three friends. Then the dark clouds gather again, when Patricia falls seriously ill not long after marrying Erich.

Director Borzage was an early master of screen melodrama, and this tale of love and loss has all the poignancy of his best work. Though much of the film follows Erich and Patricia's doomed romance, the story is as much about the deep affection all three men share for her, and for each other. The script, full of high emotion and punchy dialogue, was co-written by F. Scott Fitzgerald (and reportedly reworked extensively by producer Joe Mankiewicz). Sullavan in particular delivers an indelible performance, her fragile and tender turn garnering a well-deserved Oscar nomination. Classic movie fans, join these "Comrades."

Three Days of the Condor