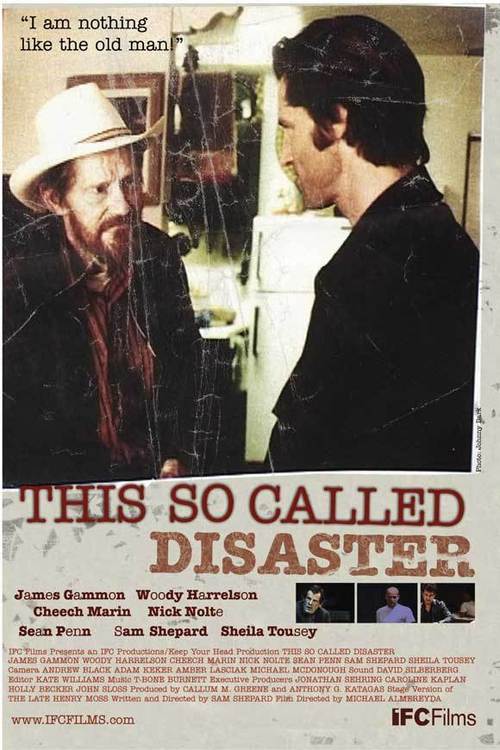 This intriguing film provides an astonishingly intimate glimpse into the intense rehearsals leading up to the 2000 San Francisco production of "The Late Henry Moss," a play written and directed by Sam Shepard, based partly on the author's recollections of his own alcoholic father. From initial readings to opening night, we follow the stellar cast, including Sean Penn, Nick Nolte, Woody Harrelson, and Cheech Marin, through a remarkable process of preparation.

"Moss" is a dark, demanding piece, so the rehearsals director Michael Almereyda respectfully captures in "Disaster" are draining for all concerned. What transfixed this fly on the wall was how directors and actors adopt their own language in rehearsing a play — one virtually unintelligible to the layman, but to trained professionals, a pure dialect pinpointing emotion and motivation. "Disaster" is an absolute must for anyone interested in the inner workings of acting and the theatre.