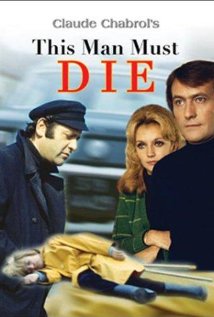 This Man Must Die

When his son is killed in a hit-and-run accident, mild-mannered children's-book author Charles Thenier (Duchaussoy) can think of nothing but seeking revenge. When a witness unexpectedly links well-known TV personality Helene Lanson (Cellier) to the scene, he sets off to Paris to meet her, recording each step of his investigation in a diary. Eventually, he lands at the feet of Paul Decourt (Yanne), a bullying garage owner who appears to be the culprit. But is he?

One of Chabrol's most intriguing and disturbing films, "This Man" is a melodramatic suspense tale in the mold of Hitchcock and Lang, yet quieter and more pensive. Duchaussoy is first rate playing the devastated father who's bent on exacting justice from his son's killer, no matter how far afield it leads him, or how tangled the situation becomes. Yanne also gives a nuanced performance as his despicable yet complex antagonist, and Cellier is excellent, too, as a witness with secrets of her own. Chabrol shows great restraint in concocting this slow-burning thriller, keeping you guessing until the very end. For an engrossing, nuanced whodunit, find "This Man".