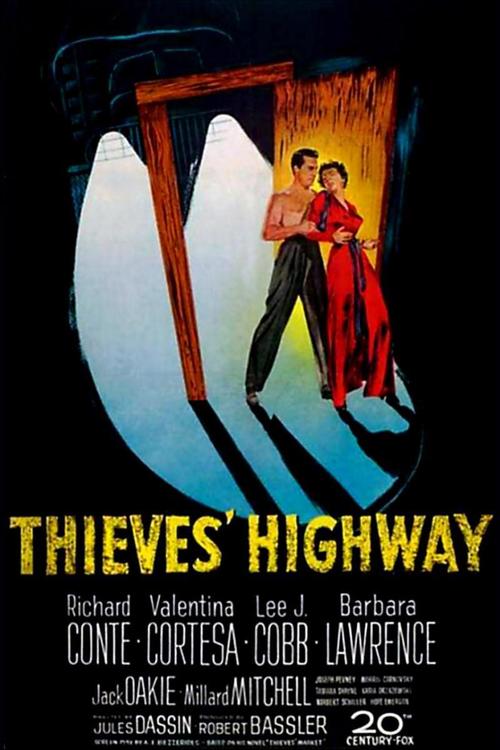 Like Raoul Walsh's 1940 film "They Drive by Night," Dassin's drama deals with the hard-line culture of rig drivers who transport goods and produce from state to state, often at great risk to their health and livelihood, and their connection to underworld crime. Cobb is terrific as the pitiless Figlia, and Conte is stalwart as the war vet whose quest for vengeance leads him down a dangerous path — away from alienated fiancée Polly (Barbara Lawrence) and into the arms of prostitute Rica, played by the luscious Valentina Cortesa. Dassin's second to last film before his blacklist-related exile in France, "Highway" is road noir at its redline best.