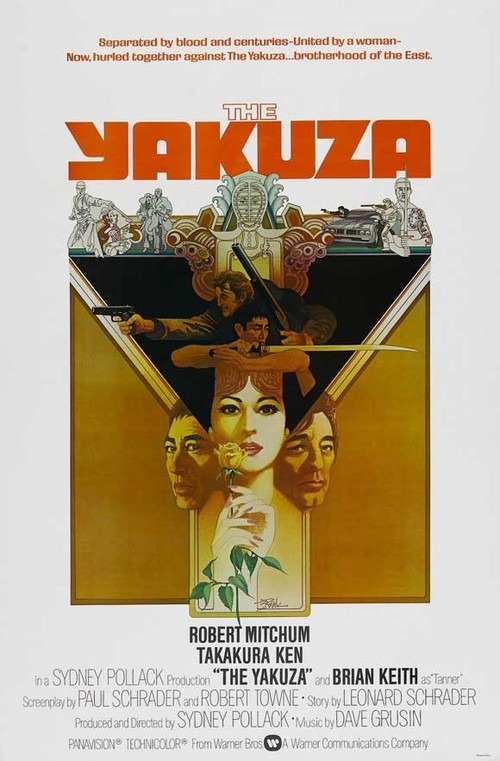 When WWII veteran Harry Kilmer (Mitchum) is asked by old army buddy George Tanner (Keith) to find his missing daughter in Japan, he agrees to help. Once there, he confirms she was abducted by the Japanese Mob, a.k.a.: The Yakuza. Out of his depth, culturally and otherwise, Harry reluctantly seeks the assistance of an old adversary, Tanaka (Takakura), in retrieving her from the notoriously vicious organized-crime ring.

Jointly scripted by Robert Towne ("Chinatown") and Paul Schrader ("Taxi Driver"), this riveting East-meets-West action thriller is expertly handled by director Sydney Pollack, and features great low-key acting by a haggard-looking Mitchum. With its twin themes of honor and guilt, "Yakuza" certainly belongs in the Schrader canon, and the story arc is boosted immensely by sword expert Takakura's explosive run-ins with Japanese thugs. Keiko Kishi provides excellent support, too, as Mitchum's long-ago lover, and their interactions give the whole film a rueful air of regret. Few films of the action genre are as soulfully felt, or ring so sorrowfully true.