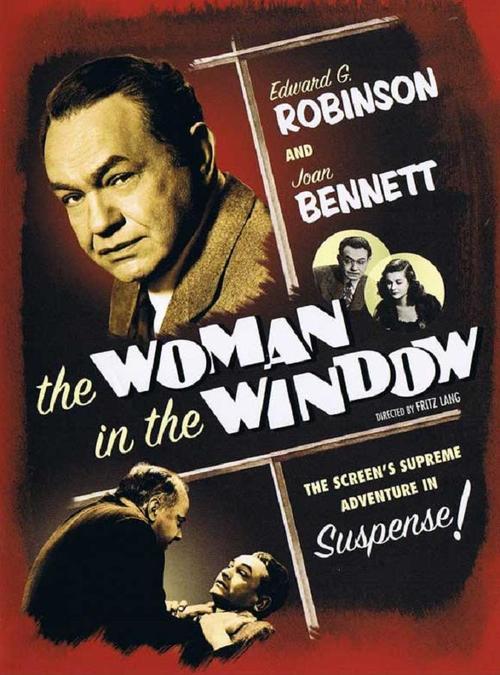 Walking home from a private men's club, middle-aged criminology professor Richard Wanley (Robinson) coincidentally encounters a beautiful young woman, Alice Reed (Bennett), whose portrait he had been admiring in a gallery window earlier that day. She invites him up for a drink and a chat, but when her jealous thug boyfriend barges in without warning, Wanley kills him in self-defense. After disposing of the body, all Wanley can do is hope his D.A. friend Frank Lalor (Massey), who's handling the homicide case, fails to add up the clues.

Lang conjures a nightmare world of paranoia and suspicion in this classic film noir penned by Nunnally Johnson. Playing against type, Robinson is terrific as Wanley, a staid academic who comments to his friends how stodgy life after 40 has become. Obviously, the otherworldly apparition of Alice Reed, coolly played by Bennett, is a mere precursor to just how complicated his existence is about to become, especially when her dead beau's friend (Dan Duryea) begins to hound him. Dark and fevered, "Window" resolves with a twist you won't forget.