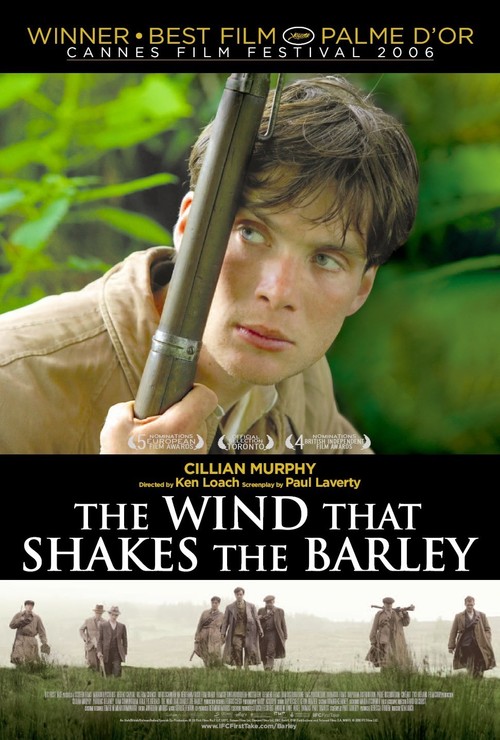 The Wind That Shakes the Barley

Ditching a medical career to join the Irish Republican Army after British black-and-tan soldiers commit atrocities in his village, Damien (Murphy) becomes a leader in the resistance movement of the 1920s, alongside his older brother, Teddy (Delaney). Galvanized to drive the occupiers out of their country, Damien and Teddy find themselves transformed by their violent experiences, and eventually wind up on opposite sides of Ireland's new political establishment.

Winner of the Best Picture Award at Cannes, this gripping historical drama revisits the turbulence and turmoil of Ireland's first significant insurrection against British rule from the perspective of two committed brothers. Murphy is riveting as the idealistic, passionate Damien — a doctor-turned-soldier who repeatedly violates the Hippocratic code, but not without pangs of conscience — and Delaney as a patriot who bravely endures torture at the hands of the British, then concedes to their terms for an Irish Free State. Loach tells this story with his characteristic no-frills, dead-on realism, wrenching terrific and cathartic performances from all his actors.

The Wind Will Carry Us