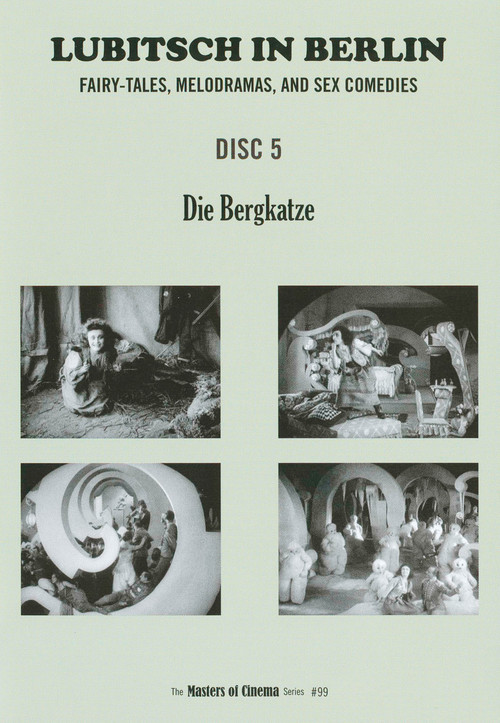 Banished to a remote military post for his unrepentant womanizing, Bavarian lieutenant Alexis (Heidemann) leaves behind a bevy of weeping women and hits the road to a fairy-tale hamlet called Piffkaneiro. In the mountains, his military convoy is attacked by bandits led by free-spirited tomboy Rischka (Negri), who, finding her captive rather attractive, spares his life — leaving the handsome lieutenant to hoof it to the nearby fort in his skivvies, utterly smitten. Unfortunately, the jowly German commandant has arranged for Alexis to wed his dull daughter.

Set in a snow-covered fantasy land, Lubitsch’s brilliant and subversively funny satire of marriage and military mores dazzles not only for its frenetic pace and tart performances (Negri’s bandit girl is especially saucy), but for its sumptuous sets, adventurous technique, and ever-shifting, almost expressionistic visual style. Even the dialogue is rhymed, like an operetta, all of which might explain why Lubitsch called it a “grotesque in four acts.” Lubitsch makes hay of military pride and turns all manner of social convention inside-out, yet still manages to surprise with an ending (in matrimonial handcuffs!) that reflects the director’s sublime comic flair, even in these early years. As one of the most inventive and uproarious of silent comedies, “The Wildcat” deserves a wider audience.