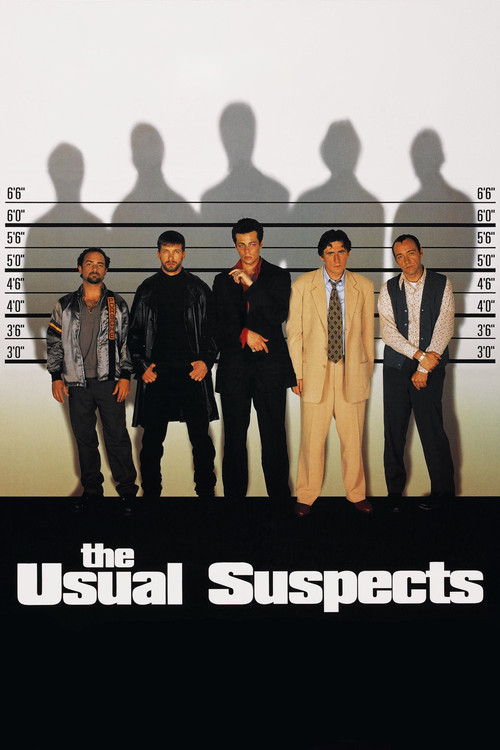 Singer's ingenious noir thriller takes a twisty, complicated plot about betrayal and recrimination and turns it into a dark fable about the things we fear most: what we can't see and don't understand. Spacey won an Oscar for his unnerving portrayal of Verbal Kint, a man at once physically vulnerable and intellectually devious, but the entire cast — Byrne, Pollak, Baldwin, and a hilariously indecipherable Del Toro — bring their gallery of quirky deviants to vivid life. Bryan Singer and writer Christopher McQuarrie push the mystery past the tidy, clichéd conclusion into a most unexpected realm, making these "Suspects" anything but usual.