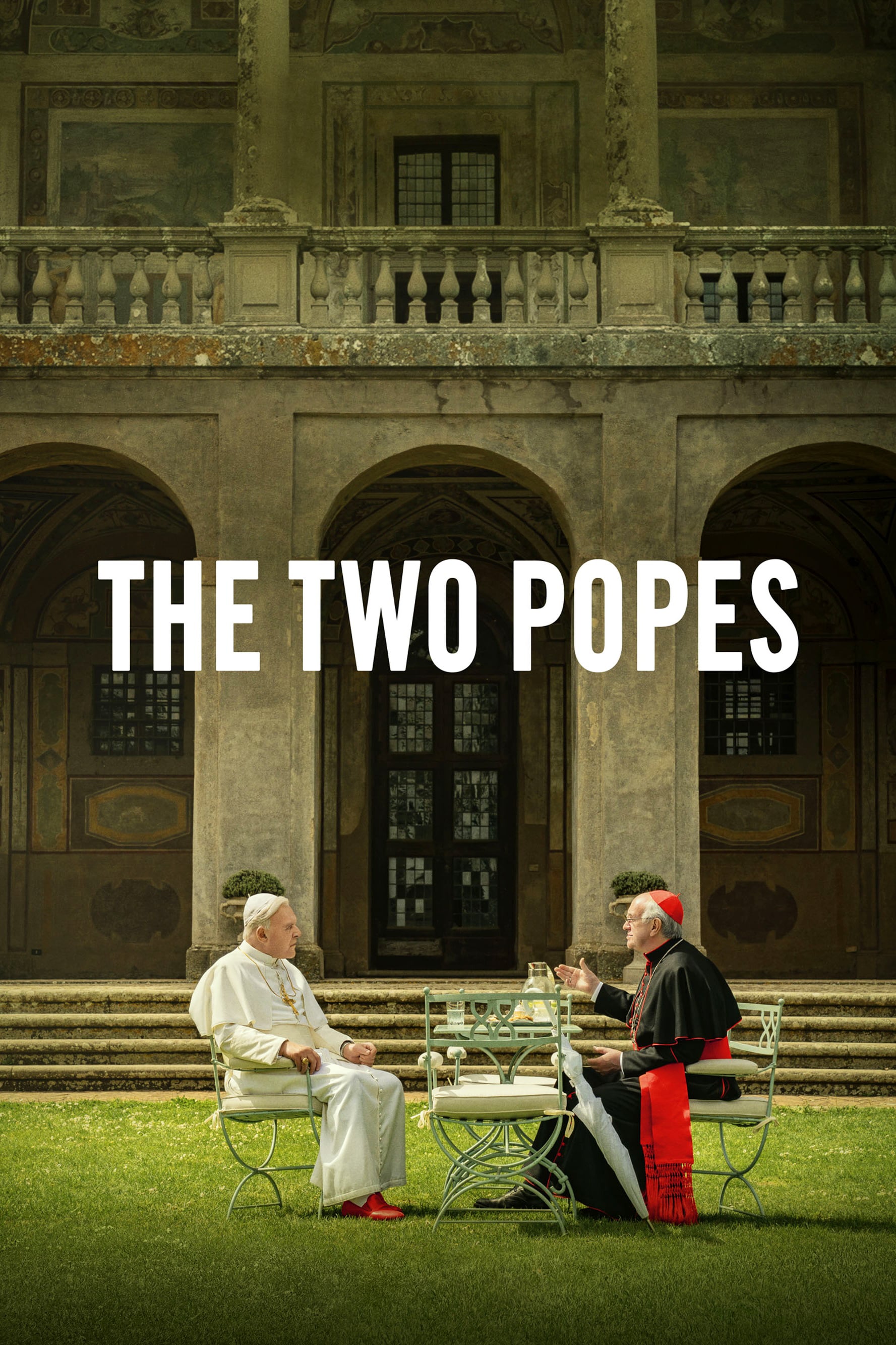 In 2013, the conservative Pope Benedict XVI (Hopkins) becomes the first pope in over six centuries to resign from his position, bowing out amid the sexual abuse scandal and opening the door to a more progressive leader. After Argentine Cardinal Bergoglio (Pryce) gets named as his successor, the two men meet at the Vatican to discuss a way forward, the evolving role of the Church, and of course, faith. And as time passes, an unexpected friendship evolves.

Absorbing, touching film retraces meetings between Benedict and Bergoglio that are rooted in fact, yet speculative in the details. Bringing wit and touches of comedy to all the verbal sparring, the script thoroughly humanizes the pontiffs; the masterful Hopkins and Pryce each present their own master class in screen acting. Meticulously recreating the locations, Meirelles keeps things dynamic and gripping in this thrice Oscar-nominated, holy buddy movie.

The Two of Us