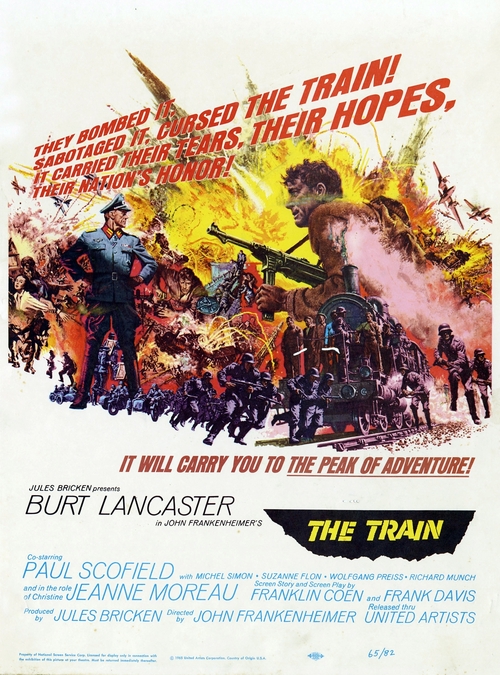 In the waning days of the Nazi occupation, cold-blooded Colonel Von Waldheim (Scofield) pushes through a plan to transport a sizeable shipment of priceless art from Paris to Germany by train. Specifically, the Colonel has his beady eye on paintings by Renoir, Monet, Van Gogh, and Picasso. Determined to keep France's art treasures where they belong, railroad worker Paul Labiche (Lancaster) takes on the tricky, dangerous task of derailing this mission, with the help of some gallant friends in the Resistance.

Based on a real incident, John Frankenheimer's pulse-pounding war film is lean and riveting, as Lancaster and team work intrepidly to foil Von Waldheim's exacting plans. Burt is restrained and no-nonsense as Labiche (thankfully, he doesn't even attempt a French accent), with Scofield icy perfection as the ruthless Nazi. The luminous Moreau is fabulous as well in a small but pivotal role. If you like movies with plenty of action and suspense, don't miss "The Train."