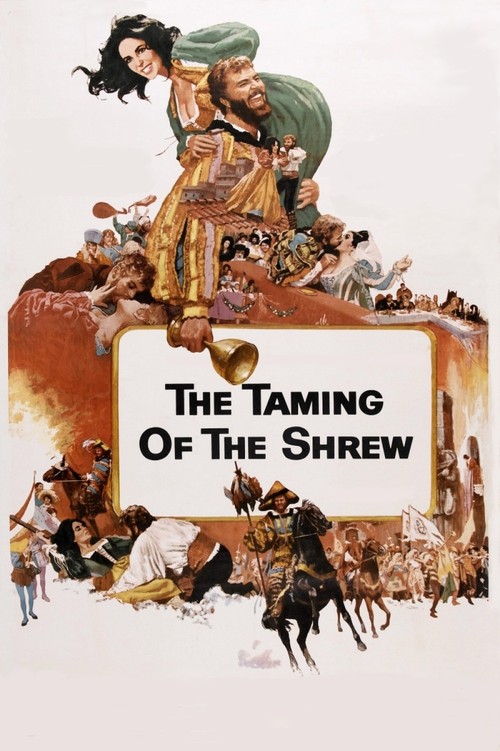 The Taming of the Shrew

Shakespeare's bawdy comedy concerns one Petruchio, a rough and rowdy sort courageous enough to woo the most nasty and hateful of wenches, Katharina (Taylor). Of course the fact she has a sizable dowry, offered by her rich, desperate father Baptista (Hordern), provides an important inducement. Also on-hand is a variety of suitors for Katharina's sister, Bianca (Pyne), who is fair both of temper and countenance. Multiple ruses are employed to win her, including the switching of identities. Meanwhile the ever-determined Petruchio has his hands full just being himself.

One year before his outstanding adaptation of the Bard's "Romeo and Juliet," Zeffirelli displays all his buoyant energy and stylistic flair in making this venerable old comedy fresh and exciting. With the exception of Albee's "Who's Afraid of Virginia Woolf" made the prior year, on- and off-again spouses Taylor and Burton were never better teamed. A young Michael York and crafty Cyril Cusack stand out with veteran Hordern in a stellar supporting cast. Here's another Kate worth kissing.

The Taste of Others