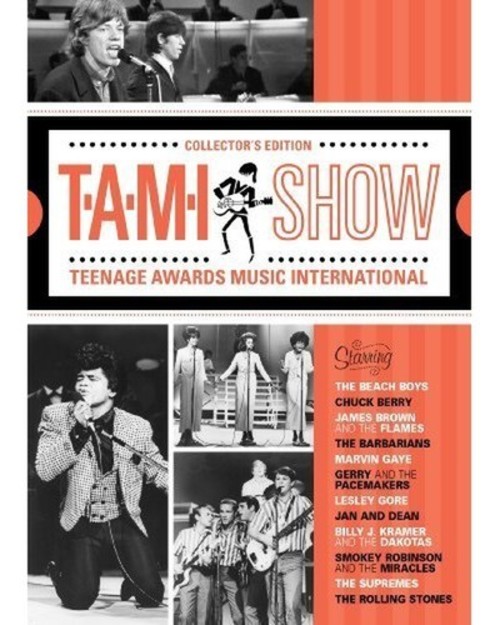 Even by today's standards, this landmark concert movie delivers as "The Greatest, Grooviest, Wildest, Most Exciting Beat Blast Ever to Pound the Screen!" While not all the acts hold up uniformly well (we could live without Jan and Dean's bantering, as well as dated performances from The Barbarians and Billy J. Kramer), most everyone else is incredible. Highlight: James Brown's legendary performance — so electric he actually upstaged the Stones! And the backdrop of pulsating go-go dancers (look closely, and you'll see an uncredited Teri Garr) only adds to the fun. In 2006, the National Film Registry honored "T.A.M.I." by naming it a film of great cultural, historical, or aesthetic significance. Honors aside, this show rocks the house!