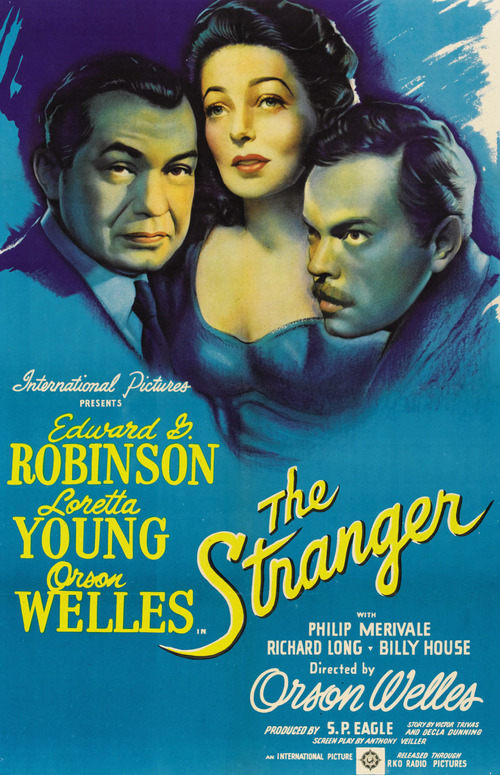 The conventional wisdom is that Welles made “Stranger” to prove he could churn out a Hollywood studio picture on time and with little fuss. That he certainly does. And while the director himself was no big fan of his 1946 Nazi noir thriller, he underestimated his efforts here, as he coaxes fine performances from his stellar cast, especially Robinson (playing against type as a war-crimes investigator), Young, and Konstantin Shayne as the ill-fated visitor. If for no other reason, see this for the final scene at a clock tower, a well-engineered climax that will really leave you hanging!