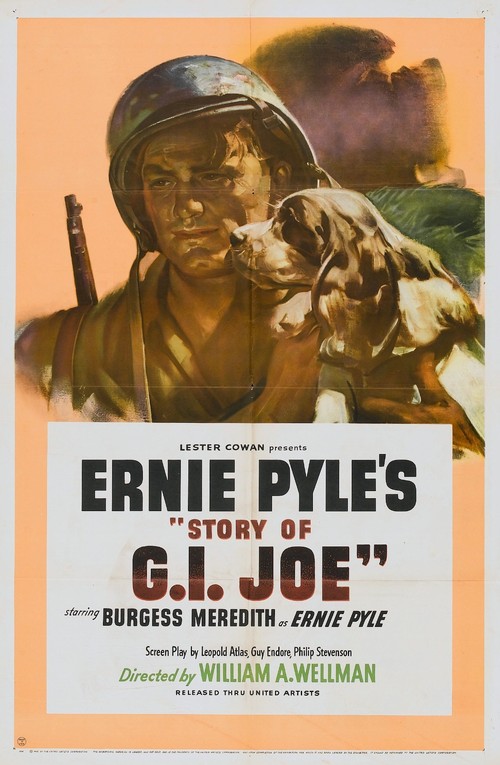 The Story of G.I. Joe

At the height of World War II, war correspondent Ernie Pyle (Meredith) follows Company C, a platoon of infantrymen led by commander Lt. Bill Walker (Mitchum), from the battlefields of North Africa to the devastated townships of Italy, getting to know each of the men and their stories. As the campaign progresses, Pyle sticks with them through the worst of circumstances and earns their respect. He, in turn, records their stories for readers at home, noting their courage, fierce loyalty to each other, and the mounting exhaustion they feel at the end of each battle.

William Wellman's cinematic homage to the real-life Pyle, a Pulitzer Prize-winning journalist, has been called one of the greatest war films of all time, and it certainly earns that distinction. The combat scenes are intense and realistic, but the film also shows the humdrum day-to-day duties and concerns of enlisted men with an almost documentary-like fidelity. Meredith lovingly evokes Pyle's humanistic and devoted attitude toward the ordinary soldiers who were his subjects, and Mitchum — in an early, star-making role — combines grit with gut-wrenching emotion. Pyle advised Wellman on this treatment, but sadly never saw the end result: he was killed in action in 1945.

The Story of Qiu Ju