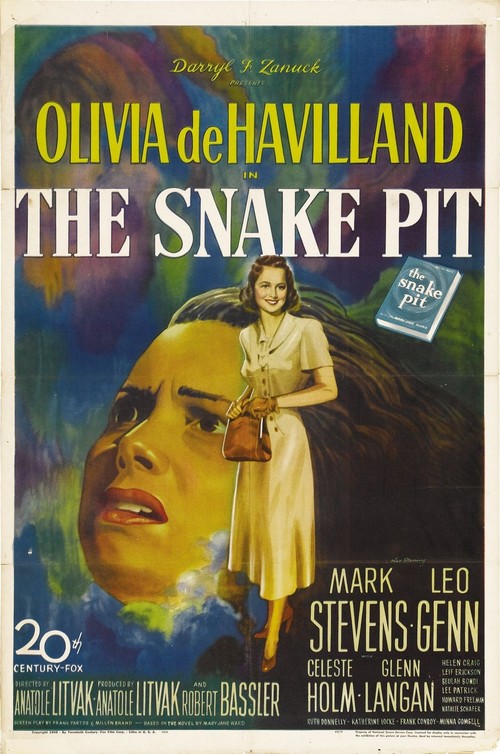 Confined to a mental institution after a nervous breakdown, newlywed Virginia Cunningham (De Havilland) finds herself isolated in a world of nightmarish confusion. Mistreated by hostile nurses and accosted by her deranged fellow patients, Virginia's only hope of unlocking the puzzle of her madness resides in the attention of kindly, capable Dr. Mark Kik (Genn).

Long before Freud was a household name, Litvak's "Pit" powerfully addressed the problem of mental illness — and the beneficent effects of the "talking cure" — in this absorbing, often harrowing drama. The Oscar-nominated De Havilland delivers one of her finest (and least glamorous) performances as Virginia, a woman whose irrational antipathy to her loving husband Robert (Stevens) escalates into a disturbing psychotic break. Amid the fine supporting cast of loonies and lock-up staff, British actor Genn's Dr. Kik is an urbane, soothing presence. While Litvak's evocation of the hospital's abject milieu is disturbingly frank, there is light at the bottom of this "Pit."