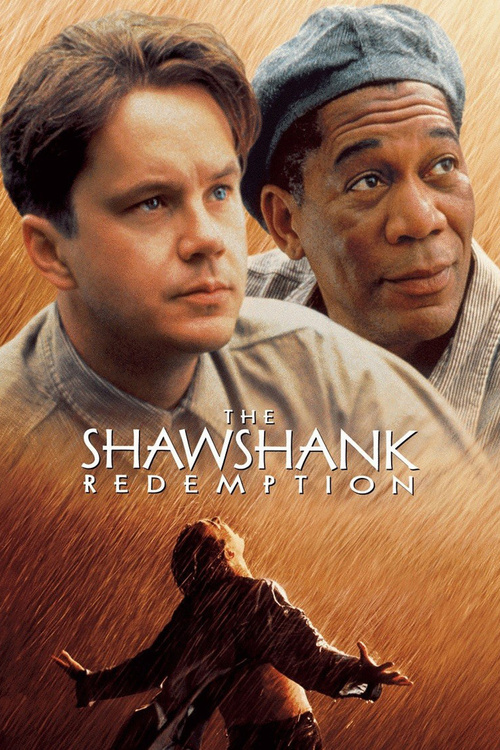 Sentenced to life in prison for the murder of his wife, former banker Andy Dufresne (Robbins) keeps to himself at Shawshank Penitentiary, but that doesn't always help protect him from the molestations of other inmates. Andy befriends fellow lifer Ellis "Red" Redding (Freeman), a man who knows how to procure forbidden items, and even begins to manage the warden's finances in exchange for certain privileges. But as the years pass, Red discovers that Andy has something else on his mind besides comfort behind bars.

Adapted from a Stephen King story, Darabont's "Redemption" reinvigorates the prison-drama genre with a robust, deeply touching story about courage, friendship, and the persistence of hope amid the regimentation of life in the Big House. Robbins gives a masterful performance as the aloof, enigmatic inmate whom everyone – including the bulls – comes to respect. And Freeman brings his own Southern gentility to the role of Red, the wizened con whose bond with Andy takes him to a very unexpected place: the outside world.