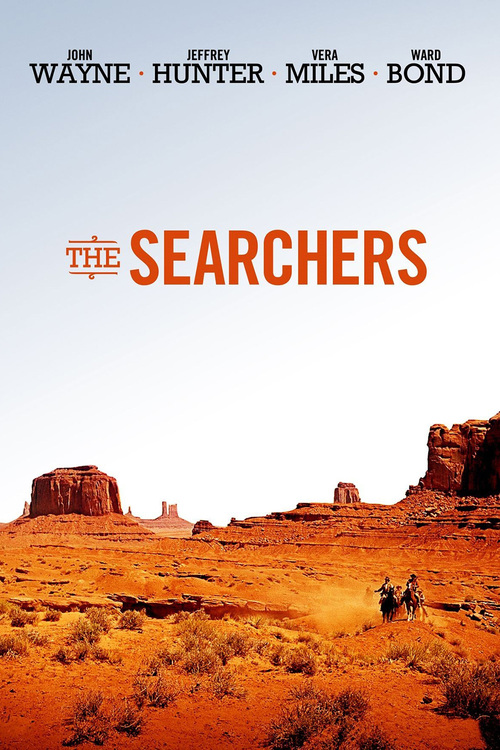 Three years after the Civil War, veteran Ethan Edwards (Wayne) returns to his frontier home, where he's greeted by his jubilant family, including Martin (Hunter), a part-Cherokee adoptee, now grown, who owes his life to Ethan. Tragedy strikes when a local tribe attacks the farm, brutally murders Ethan's brother and sister-in-law, and carts off their young daughter Debbie (Wood). Ethan and Martin immediately saddle up and set out to search for her, with no idea that the journey will take them as far as Canada — and last seven years.

Monument Valley never looked as breathtakingly beautiful as it does in this exquisite, multi-layered Western, perhaps the most accomplished film in John Ford's oeuvre. Wayne gives the performance of his career as the obsessed, enigmatic Ethan, while young Natalie Wood is indelible in a brief role as Debbie, the kidnapped girl caught between two worlds. Ford described his ambitious masterwork as a "psychological epic," and this gut-twisting, high-lonesome tale certainly grows more nuanced with each viewing.