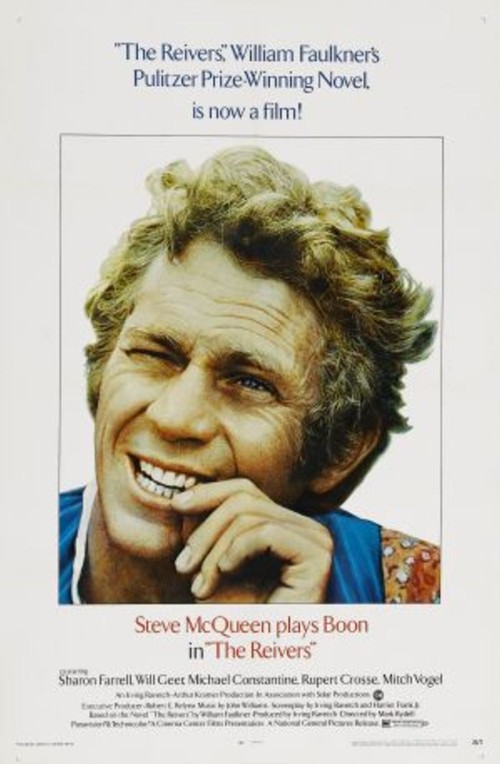 An adaptation of a William Faulkner tale set at the dawn of the last century, concerns exuberant plantation worker Boon Hogganbeck (McQueen), who gets so excited by his rich employer's purchase of a spanking new "horseless carriage" that when the boss leaves town by train, Boon requisitions the vehicle for a road trip to Memphis, where a host of pleasant diversions beckon. For company, Boon's stable hand friend Ned (Crosse) accompanies him, along with the boss's impressionable grandson Lucius (Vogel). A host of colorful adventures await them on their journey.

This picaresque, whimsical tale benefits from Rydell's warm, yet keen sense of nostalgia in portraying a charmingly innocent period, not to mention a refreshingly atypical McQueen performance as a sweet, lovable rogue. Inspired, light-hearted support from co-star Crosse earned him an Oscar nod, along with John Williams' jaunty score. (Note: though the motley trio spends time in a Memphis "bawdy house," the sequence is handled with sufficient delicacy to make the movie appropriate for older children.)

The Remains of the Day