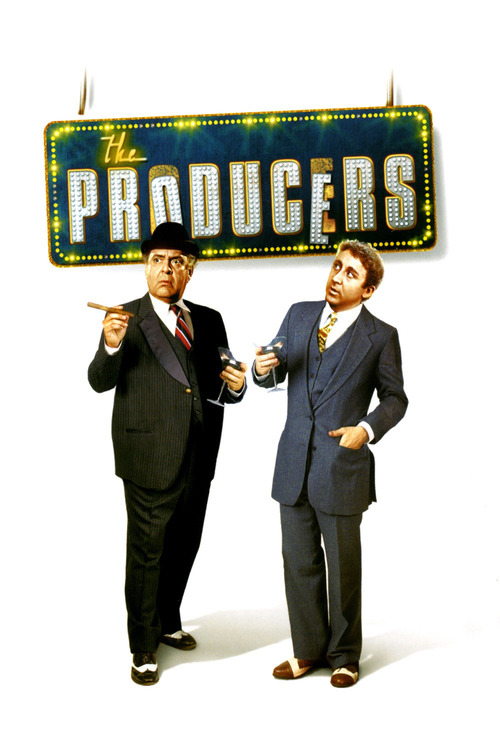 In this hilarious, over-the-top spoof, former Broadway hit-maker Max Bialystock (Mostel), now a washed-up producer reduced to seducing elderly women for cash donations, teams with accountant Leo Bloom (Wilder) to create the biggest flop ever to sully the stage — all in the hopes of turning a profit on his investors' losses. So they stage a musical called "Springtime for Hitler", and — surprise — it's a hit, largely thanks to the casting of an incredibly hip Fuhrer (Shawn). What will the producers do now?

The genuine laugh riot that is "The Producers" is fueled by Brooks's side-splitting story and script, along with the inspired pairing of Mostel and Wilder, whose zany rapport never once strains for effect. But wait, there's more: hilarious support from funnymen Kenneth Mars, Dick Shawn, and Christopher Hewett. One of the best comedies ever, "The Producers" will leave you flabbergasted at Brooks's comic audacity — and howling for an encore!