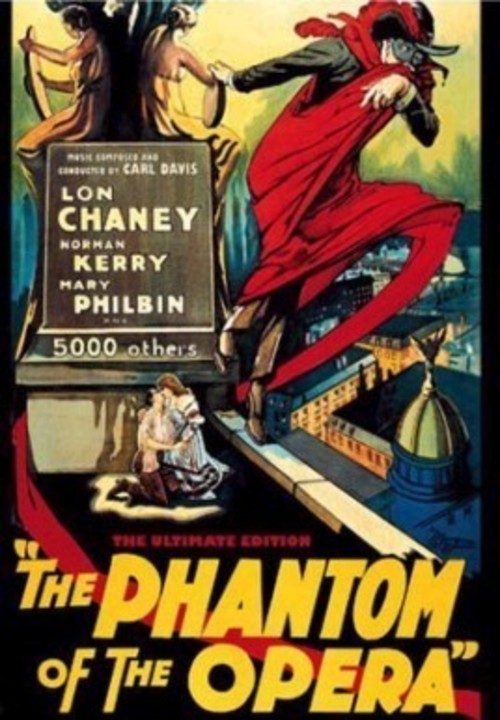 The Phantom of the Opera

In the gloomy subterranean passages of the Paris Opera House lurks Erik (Chaney), a ghoulish composer who wears a mask to hide his face. Erik takes it upon himself to secretly coach Christine (Philbin), an ambitious understudy at the theater, for stardom. Soon his interest in her career morphs into murderous obsession. After unleashing a series of terrifying catastrophes that force the leading soprano to step down (thus enabling Christine to take her place), The Phantom now wants more from his protégée than just her voice.

Perhaps the most famous horror movie of all time, and still eerie enough today to give you goosebumps, Julian's "Phantom" stars legendary spook Chaney as the titular musical maniac. Not only did the film reinforce Chaney's huge celebrity status, it solidified Universal Studios' reputation as purveyors of bone-chilling horror fare. Just watch the infamous unmasking of Chaney as he sits at the organ in the film's climax, and you'll understand why this creepy tale has inspired so many remakes, spoofs, and rip-offs — not to mention Lord Webber's long-running musical! Catch this "Phantom," and see where it all began.