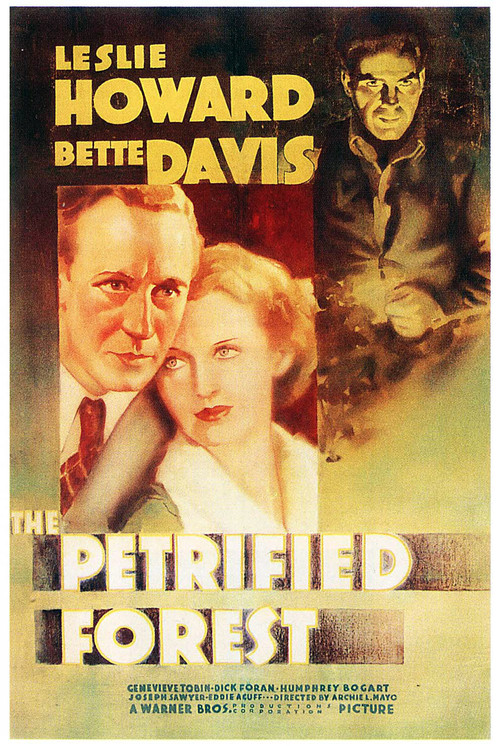 Alan Squier (Howard), a penniless, drifting writer in despair over his lack of relevance, stops by a remote Arizona café run by the owner's gorgeous daughter, Gabrielle Maple (Davis). The two fall in love over some poetic verses, which only stimulate Gaby's desperate desire to flee her dead-end existence. Then, all too suddenly, they and their motley group, including cynical Gramp Maple (Grapewin), wealthy Mr. and Mrs. Chisholm (Harvey and Tobin), and bone-headed gas attendant Boze (Foran), find themselves held captive by escaped killer Duke Mantee (Bogart).

Reprising his role from Robert E. Sherwood's smash Broadway play for this sterling adaptation, Howard plays the anguished intellectual to the hilt; especially in his scenes with the menacing, monotone Bogart, who modeled his Duke Mantee after celebrity criminal John Dillinger (on the run and most-wanted at the time of filming). Interestingly, Jack Warner had no interest in casting Bogie in the role that would propel him from supporting roles to high-wattage fame, but was convinced — or perhaps blackmailed — by Howard, who owned the rights to the story. Davis positively glows in an early role as the chipper, wide-eyed dreamer longing for escape. Their spirited performances make this “Forest,” a film about death-in-life, anything but wooden.